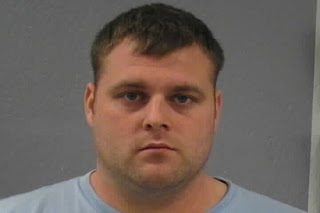 A former YMCA camp counselor and Springfield radio personality has been bound over for trial on charges of statutory sodomy.

Prosecutors allege that twenty six year-old Matthew O'Dell posed as a girl on MySpace and lured a 15 year-old boy to Camp Wokonda and then to a Springfield motel in order to have sex with him.

Prosecutor Jill Geary Patterson told judge Mark Fitzimmons that cops have fielded hundreds of phone calls regarding O'Dell, and have interviewed at least nine more potential victims.
Patterson was in the process of filing a motion asking the court for a continuance to investigate those claims when O'Dells defense attorney, Nancy Price, made a surprise move and waived her clients preliminary hearing.
O'Dell, who was charged with federal child pornography charges after agents allegedly found naked images of children on his computer, is being held in the Greene County jail without bail.
He is scheduled to be arraigned in circuit court, and appear in federal court on October 16th.
Posted by Kathee Baird at 10:35 AM