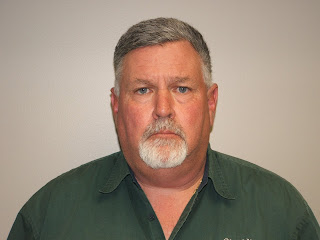 Larry Covington
State charges have been dropped against the former street supervisor for the City of Nixa.

Covington and his wife Paula are facing federal charges of embezzlement, money laundering and wire fraud in connection to an elaborate scheme in which Larry Covington and David Griggs set up bogus companies that bilked the city out of close to a million dollars.

Griggs, who pleaded guilty to his part in the scheme in August, is facing a fifty year prison term when he is sentenced later this fall.
Posted by Kathee Baird at 5:25 PM