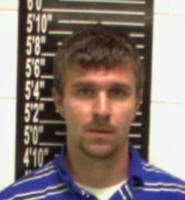 In November 2012,  Matthew Anderson, 28, of Branson West, was charged with statutory sodomy after the little girl told authorities Anderson had inappropriately touched her.

Just as his bench trial was about to begin last Friday (05-09-14) Anderson entered a surprise plea to amended charges of child molestation, according to Stone County prosecutor Matt Selby.


"In every case we try to arrive at the appropriate sentence by taking into account the type of offense, the history of the defendant, the need for punishment, protection of the victim and others from future conduct, the possibility and need for treatment and rehabilitation, and the wishes of the family," said Selby.

"In a case that involves a child the number one concern is always the child and the trauma that the crime, the investigation and the prosecution can cause. While any person who touches a child in a sexual manner should go to prison and does not deserve a chance at probation, the decision to agree to probation was made after extensive conversations with the family, the child's counselor, and taking into consideration the defendant's lack of criminal history and the strength of the evidence in the case.  I respect the family's desire to put the well-being of the child above all else," Selby said.

Anderson was sentenced to five years in prison, however, that sentence was suspended and he was placed on five years probation with special conditions that he have no contact with victim or family. He must also seek sex offender treatment, substance abuse treatment, not possess alcohol or drugs, and not be around places where children tend to be.

Anderson will also have to register as a sex offender for the rest of his life.

Selby went on to say, "Judge Goodman made it abundantly clear to the defendant at sentencing that this would be a zero tolerance probation and that if the defendant violated his probation in any way he would likely be going to prison."
Posted by Kathee Baird at 1:21 PM