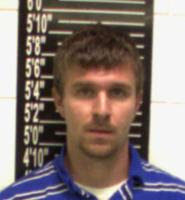 The bond for a firefighter charged with statutory sodomy was reduced to $50,000 Tuesday (12-18,) which he quickly posted.

Judge Alan Blankenship had taken the motion for Matthew Charles Anderson under advisement on December 11th and indicated then that he would not lower it under $50,000.

Anderson, who has been suspended from the Southern Stone County Fire Protection District pending the outcome of his case, was charged last month after a six year-old girl told authorities that he had molested her.

As part of the bond conditions Anderson was ordered to live with his parents in Branson West and is to only leave to make court appearances and is subject to drug testing at any time.  He was also ordered not to have any contact with the victim or any of her family members.

His preliminary hearing is scheduled for January 22nd.