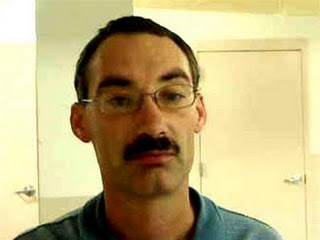 A former band instructor for the Neosho School District will stand trial for allegedly sexually abusing one of his former students.

Brian M. Rash, 38, Joplin, is accused of allegedly molesting two boys who were former students of his either at his home, in his car or at a school in Wyandotte, Oklahoma.

Rash called authorities to his home in Wyandotte, Oklahoma home on June 24th to report that someone had destroyed and defaced his property.

In the probable cause statement filed with the charges, Deputy Aaron Bachman of the Ottawa County Sheriff’s Department said he discovered several items thrown about the yard, the doors to all three of Rash’s vehicles open and that someone had written "you are a child molester" down the side of Rash's truck in red crayon.

When Bachman asked Rash if he had any idea who could have committed the crime, he told the officer he believed that it was a former student whom he had given private music lessons.

Rash told the deputy that someone had plastered his property with fliers stating that he was a "child molester" three years ago. Deputies also found a broken window and slit screen at the residence.

Court documents reveal that the now 22-year-old former student has admitted to vandalizing Rash’s home because Rash molested him when he was a little boy.

The alleged victim told authorities the sexual abuse began on an overnight band trip to Tulsa when he was about 11 years-old and continued for three years.

Ben Loring, chief assistant prosecutor in Ottawa County, says that Rash's attorney, Ken Gallon, made a motion during his client's prelim that the state had not presented enough evidence to bind his client over for trial. The judge disagreed with the demurrer and bound Rash over for trial.

When asked if there were any plea negotiations going on in the case Loring said, "normally we would make an offer, but in this case his attorney came in and said not to even bother."

Another former Wyandotte student also alleges that Rash molested him on multiple occasions when he was a child.

Great blog as for me. I'd like to read a bit more concerning that matter. The only thing your blog misses is a few pictures of some gadgets.
David Watcerson
Cell phone jammer