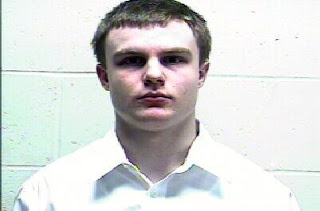 
A Lebanon teenager has been sentenced to four years in prison for his role in the beating death of Zach Jones two years ago.

Nathan Gibbs, who was fifteen years-old at the time of Jones' murder, pleaded guilty to involuntary manslaughter and unlawful use of a weapon charges.

In June of 2007 Jones and his friend, Matthew Bankston, had gone to a park with another friend to talk to Kimberly Dunkin and her husband Terry. The Dunkins were joined by Terry Dunkin's brother, Jerry Broyles, and Kimberly Dunkins son, Nathan Gibbs.

Testimony entered at Kimberly Dunkin's trial said they wanted to confront Jones and Bankston about text messages that were sent by mistake to Broyles' girlfriends cell phone.

Bankston told cops that the group hit Jones with a car and then beat he and Zach up with baseball bats and a metal rod. Bankston suffered traumatic brain injury in the attack and is paralyzed on one side as a result of the beating.

Jerry Broyles pleaded guilty to killing Jones and injuring Bankston shortly before his trial was to begin last November and was given four life sentences (life in the state of Missouri is thirty years.) 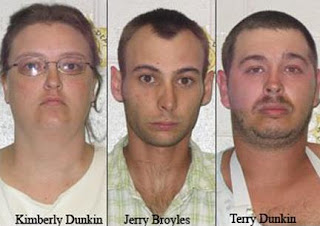 Kimberly Dunkin was sentenced to two life terms (which will be served concurrently) in April of 2009. The judge also sentenced her to twin 50-year sentences for armed criminal action.

Dunkin's husband, Terry, hanged himself in the Laclede County jail shortly after being charged with murder.

With credit for time already served, Gibbs could be paroled in just three months in Febrauary 2010.
Posted by Kathee Baird at 8:23 AM

I think that it is great that zach,and his family and friends finnly have justice. And i still wonder what kind of person whould do that. Zach was an asome dude to hang around.

I read your blog. And your facts are way off.You can't believe everything you read in the newspaper or see on the news. If your going to post things about peoples children you should have the facts.

Thank you
Stepmom of Nathan
Candy

OMG! I heard about this story years ago but got busy with everything, that I wasn't sure if this was the same Nathan Gibbs I had known and had a giant crush on in the 3rd grade. I remember going to Maplecrest when I was in the third grade which would have been in 2000 I think? But knowing a boy named Nathan Gibbs had having the biggest crush on him.. Well things have changed huh, I am happily married and have a little son! I can tell life has definitely changed us.. I hope everything works out, I just can't believe he killed an innocent boy which I do not know.