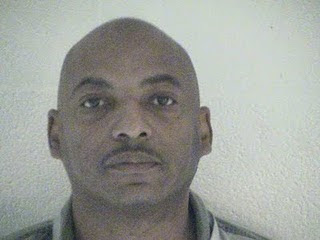 It took a Christian County jury about five hours to convict Gerald Bluford of voluntary manslaughter and armed criminal action today (12-17-09).
Bluford had been charged with second-degree murder and armed criminal action for the stabbing death of his partner, Eric Eidson, at their condominium in Nixa on November, 20 2007.
Investigators had to use "moon suits" to process the crime scene. One of the witnesses, an emergency medical responder, testified that it was the bloodiest scene he'd ever seen in 17 years on the job. Bluford admitted he stabbed Eidson but said it was in self defense after Eidson attacked him. Dr. Keith Norton testified that Eidson was stabbed seventy eight times and that a stab wound to the neck lacerated the jugular vein, ultimately causing the victim’s death.
Prosecutor Ron Cleek said the defenses medical expert shouted and cursed at the judge during the four day trial.
Bluford is facing a sentence between five and fifteen years for the conviction. His attorney says he plans to appeal the verdict. Judge Mark Orr has scheduled a motion hearing and sentencing for Feburary 19, 2010.
****Chris Cluck contributed to this story
Posted by Kathee Baird at 6:41 PM

I went to college at CMSU in Warrensburg with Eric. I am stunned and saddened to read about this.