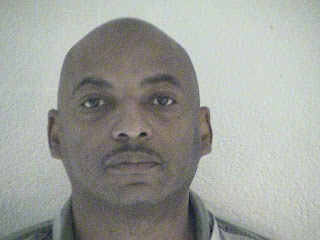 A jury has been seated and one witness was called in Christian County for the November 2007 stabbing death of forty year-old Eric Eidson.

Gerald Bluford, 49, is charged with the second degree murder and armed criminal action for the stabbing death of Eidson.

After Bluford cleaned the knife and changed his clothing he went outside to the parking lot where the manager of the complex found him with a cut on his hand. He told the manager that he had killed his partner in self defense. He then unlocked the door where the manager discovered Eidson dead on the kitchen floor in a "horrific pool of blood."

The building manager called police who processed the crime scene in "moon suits." Bluford was arrested and taken to a hospital to be treated for his wound. He was then transported and booked into the Christian County jail.
The state called one witness to the stand today, Jimmie Eidson, the victim's father. Prosecutor Ron Cleek says he expects the trial to last through Thursday.

Cleek says that he is asking for the maximum penalty, which is thirty years, in the case.
Posted by Kathee Baird at 4:57 AM