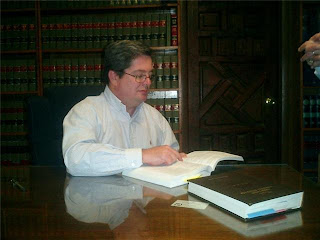 A lawyer in Pineville says that Newton County Sheriff Ken Copeland broke the law when he and his staff refused to let him into the county jail to see his client.

Attorney Duane Cooper says he went to the jail about 4:20 p.m. Wednesday and a jailer refused to let him in saying, "they were feeding the prisoners." Cooper says he told staffers that he would wait until the inmates where finished with their meal and then go in.

According to Cooper, he waited a bit before calling Judge John Le Page to inform him that the sheriff was refusing to let him in to see his client. 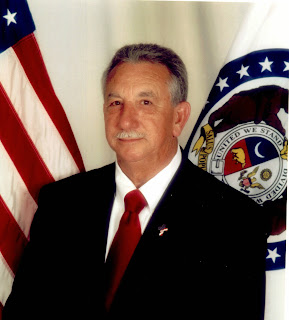 Cooper, who never got to see his client that night, is in the process of filing a complaint against the sheriff with Newton County prosecutor Jake Skouby. Cooper wants Skouby to recuse himself because he deals with Sheriff Copeland on a daily basis and ask that the complaint be forwarded to Attorney General Chris Koster's office.

"At the very least Sheriff Copeland should be charged with a class A misdemeanor for refusing to let me in to see my client," according to Cooper. "This could also be the basis of a forfeiture of office complaint."
Posted by Kathee Baird at 2:35 PM