Crane Man Arrested For Threatening To Shoot Up School: 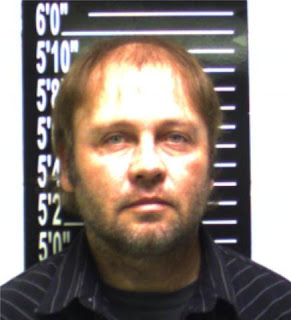 Man Arrested For Threatening To Shoot Up School

A man from Crane is in the county lockup for an incident in which he threatened to shoot up the Hurley School, according to the Stone County Sheriff’s Department.

Travis J. Walker, 38, was charged Wednesday with making a terrorist after he made threats to come to the school with a firearm threatened and "shoot up the Hurley School", according to Stone County Sheriff Richard Hill. Hill says that Winfree "was unhappy with discipline procedures the school was enacting with his son and another student."

It's not Travis J. WALKER....and he doesn't have a son. Who knows if the story itself is correct, and what else is completely wrong on this blog?!?!?!