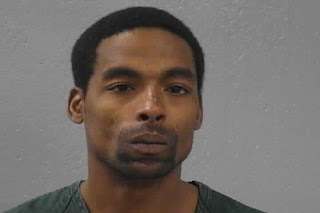 Kevin Calp (above)
A fight over a video game is what allegely sparked a stabbing on the city's north side yesterday morning (11-03-09.)

Assault charges have been filed against Kevin Calip, 36, and Chaudray R. Carr, 27, who are both from Springfield, for the stabbing of Darren Wilson. 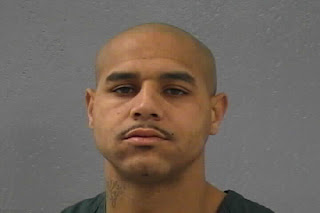 Cops were called to the Kum-N-Go at National and Division just before 8:00 a.m. after Wilson's S-U-V was blocked by the truck that Calip and Carr were in.

Investigators say that after the men had boxed in Wilson's vehicle they got out of the truck and allegedly stabbed the man several times.

Wilson was transported to a local hospital and treated for non-live threatening wounds and released.

Calip is being held in the Greene County jail on $50,000 bond. Carr is being held without bond on an out-of-state fugitive warrant.
Posted by Kathee Baird at 1:30 PM