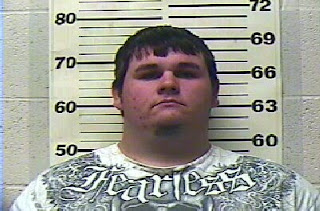 A man from Baxter County, Arkansas has been charged with the rape and sexual assault of two teen aged girls.

Cops say that twenty year-old Michael A. Hart (a.), of Mountain Home had consensual sex with a 13 and 14 year-old girl multiple times over the last year.
Sheriff John Montgomery says that a Mountain Home School Resource Officer became aware of the incidents after he was approached by two other female students who were friends of one of the girls.
When cops brought the man in for questioning, he allegedly admitted to having sexual relations with both girls.
Hart is being held in the Baxter County jail on $100,000 bond.
Posted by Kathee Baird at 12:42 PM