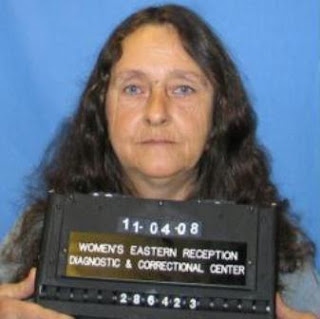 
A woman who was convicted of second-degree murder for the 1997 shotgun slaying of a Newton County woman has been denied parole.

Beverly Ann Guehrer, 50, and Alis Ben Johns, 48, were arrested in April of 1997 at a cabin near Cole Camp after an extensive manhunt. 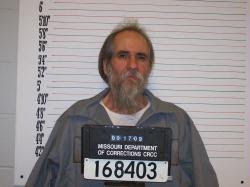 The pair had been sought for a series of murders and home invasion burglaries that began in October of 1996 and stretched until their arrests.

Killed in the crime spree were Tommy Stewart of Pulaski County; Leonard Voyles of Camden County and Wilma Bragg of Stark City.

Guehrer, who was convicted of Braggs murder, is scheduled to be released from prison in 2014.
Posted by Kathee Baird at 8:54 AM