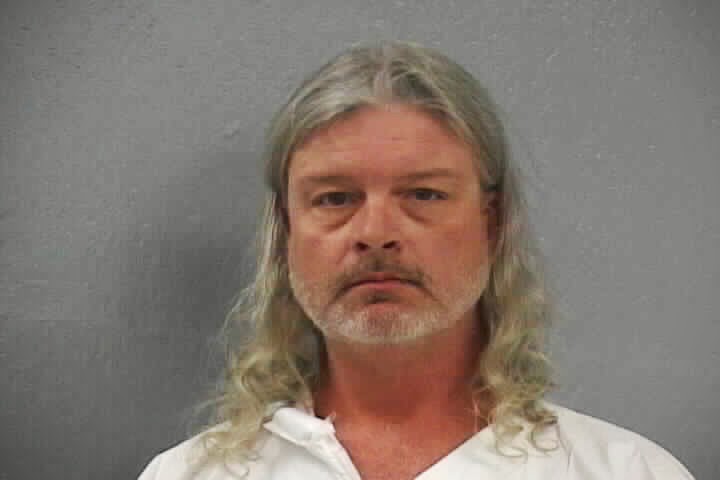 Springfield police chief Paul Williams says the suspect in the kidnapping and murder of a 10 year-old girl won't speak to them.

Craig Michael Wood, 45, asked for a lawyer while he was being questioned about his involvement in Hailey Owens' murder. 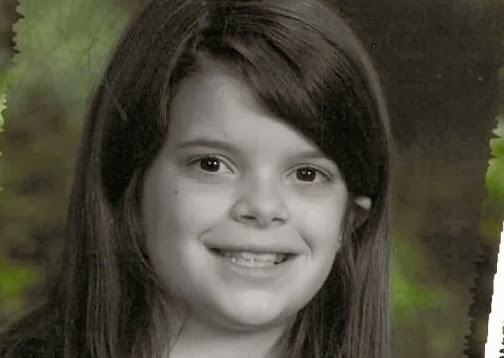 Wood allegedly told investigators that the little girl was dead inside his residence at 1538 East Stanford after he was apprehended.  Authorities searched the property of another residence  associated with Wood near Ash Grove, but centered their investigation on the Springfield property after there was no movement at the Ash Grove property.

An amber alert was issued for Hailey at around 7:00 p.m.--about two hours after witnesses reported a man driving a Gold Ford Ranger pickup truck had abducted the little girl from Lombard Street on the city's west side.

A witness to the abduction told authorities that a man called Owens, who was walking home from a friend's house, over to his truck on the pretense of asking directions to "Springfield" Street.  When she got close enough to grab, he snatched her off the street in broad daylight and threw her "like a rag doll" in a truck he had borrowed.

Craig Wood's father, Jim, had no idea about the Amber Alert or that his son could be involved in the girl's disappearnce until he arrived home shorty after 7 p.m. and found police waiting for him.  He told police where they could find his son and the truck he borrowed.

Chief Williams says the witnesses to the abduction did everything right and their information regarding the license plate of the suspect vehicle was instrumental in capturing Wood.


At an 11:00 a.m. news conference Williams said authorities arrested Wood about 8:30 p.m. as he returned home, presumably from a Laundromat on National that was also being processed as a crime scene.  Investigators say he exited the vehicle with a roll of duct tape in his hand.

Court documents say when Wood saw police approaching he threw the duct tape in the bed of the truck.  Investigators noted that he had blood on his shirt.

Williams would not comment on what condition the little girl's body was found or whether Hailey had been sexually assaulted.  He also would not say if a weapon had been recovered, what the suspected cause of death was or where her remains were located inside the house.

Authorities put up a green tarp over the entrance to the Stanford Street house as it was being processed and towed the Gold Ranger pickup truck allegedly used in the abduction for forensic examination.

FBI agents, city police and crime scene tape surrounded the Dutch Maid Laundry near the Missouri State campus early this morning. An attendant says an SPD officer waited outside the business for several hours after arriving at 3 a.m. to wait on FBI investigators to arrive to scour that crime scene.

She said authorities concentrated on bedding and clothing that was taken from two dryers and a washer that Wood allegedly used.  Those investigators were seen carrying bags and boxes of potential evidence out of the business before releasing the crime scene about 10:30 a.m.

"He was washing away his evidence, I guess," said Tressa Brown.

Wood's arrest has stunned colleagues and parents at Pleasant View K-8 School.  He has been employed by the Springfield school district for the last 15 years.  He began his career with the Springfield Public Schools as a substitute teacher in 1998 and was hired as a full time football coach and paraproffessional (In School Suspension teacher) in 2006.

School district officials confirmed Wood was a longtime employee of the district, but said he has been suspended pending the outcome of this investigation.

His criminal history is minimal.  He pled guilty to misdemeanor drug possession in 1990 and was placed on probation after he successfully completed a drug treatment program.  He has also been charged with illegally taking wildlife, according to chief Williams.

Wood, who was a member of the Bluegrass band Uncle Fudd, graduated from Marshfield High School.  He went to college at Southwest Missouri State University where he graduated with a bachelor's degree and a minor in criminal justice.

Owens was a student at Westport Elementary.  She attended Bowerman Elementary last year.

UPDATE:
Greene County prosecutor Dan Patterson announced this evening at a news conference that he has filed charges of first-degree murder, child kidnapping and armed criminal action against Craig Wood.

Wood told Detective Kevin Shipley that he went straight home after he left his job at Pleasant View middle school. Court records say he changed that story and said he went driving around for a while and denied having contact with the missing girl or any children.

When detectives entered the house they conducted a cursory search in an attempt to locate Owens.  "When officers got to the basement steps, they could smell a strong odor of bleach," court documents say.

The odor intensified as law enforcers made their way down the basement steps.  Officers say the floor was wet and there were bottles of bleach scattered in the basement.

After police obtained a search warrant, Owens' remains were found inside two plastic bags and stuffed in a plastic storage tote in the basement.

Medical examiners say the little girl had been tied up at some point as there were ligature marks on her arms.  It appears the cause of little Hailey's death was a gunshot to the back of the head.  Authorities recovered a spent .22 shell casing at the home on East Stanford, according to the probable cause statement.

Patterson says his office "is firmly committed to seeking justice for Hailey."

A first-degree murder charge does open the possibility that this could become a death penalty case at some point.  However, there is no word at this point on whether Patterson will seek the death penalty against Wood.

There has been a memorial fund set up for Hailey's family at Empire Bank.

A Face Book group will hold a candlelight vigil to honor Hailey at  8 p.m. Saturday on Commercial Street in Springfield.

For Hailey's sake he better sell the death penalty Kathy or there will be a while lot of really pissed of people! And let's just hope he don't get the chance to set in prison on our dime for years!

School coach should be beaten, and killed the same way he killed this girl, a sad story and loss for her family.

little haileys murder looks like a drug hit , whats the story on the mother .-------------and to anon above what was the address of the location where michelle winters body was found , ...cause steven garrison was using a rt 7 box 439 -spfd address , during the summer of 1992 , and i know the old stuckeys -travel stop , was rt 7 box 357 spfd mo.

To Michelle Winters family that posted......I went to school with Michelle and am wondering if theres anyway to get in contact with her mom Jackie (facebook, something)??

Where did you hear he told LE her body was in the house? All the documents and statements said he refused to talk and asked for an attorney.

I have been thinking about Michelle a lot since this happened we went to school together and she was my friend I want you to know that I've never forgotten her and I still think about her all the time she was loved and is still missed to this day.

The news said he was in possession of child pornography. Why hasn't he been charged with that?