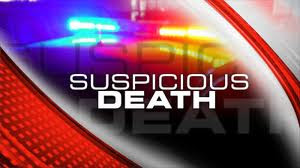 Authorities in Joplin are calling the shooting death of a woman suspicious.

Corporal Chuck Niess says officers were called to 1423 S. Sergeant around 12:45 a.m. Thursday ( 10-20-11.)  When officers arrived they found Karen Norris, 48, in her bedroom with a gunshot wound to the head.  Norris was transported to Freeman hospital, where she later died.

"The initial call was received as an attempted suicide and the investigations bureau responded.  At this point investigators are looking into all possibilities as to what happened.  There has been no determination as to whether this is a suicide or a homicide.  Investigators are working with the Missouri Highway Patrol and the Jasper County Coroners Office to follow up on several leads," said Lt. Darren Gallup.

Noriss's boyfriend, Wayne Jeffrey Fick, 47, who was at the residence at the time of the shooting, was taken into custody on an unrelated federal weapons charges.

"It is important that we look at all the pieces of the investigation before we make a determination as to what happened.  Th investigation will continue until we are certain that all evidence is obtained and we have a clear picture as to what occurred," said Gallup.
Posted by Kathee Baird at 11:15 AM