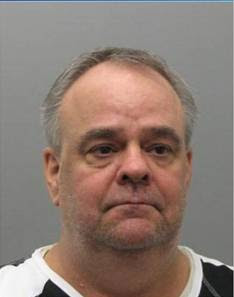 The first-degree murder and forcible rape case against Gerald Carnahan for the 1985 murder of Jackie Johns has gone to the jury. Final arguments were heard this morning with the jury getting the case shortly before noon.

Judge Michael Jamison has dismissed jurors for the evening. They will begin deliberating again at 9 a.m. Thursday.
--
UPDATED 09-23-10 --3:10 p.m.:
Judge Michael Jamison has just taken the bench and apparently the jury reached a verdict about 30 minutes ago.
--
UPDATE 3:15 p.m.:
Carnahan has been found guilty of first-degree murder and rape for the 1985 death of Jackie Johns.
Posted by Kathee Baird at 4:56 PM