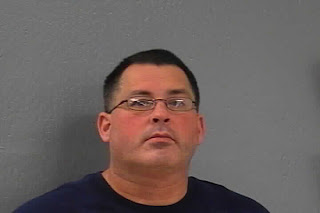 A serial rapist who was responsible for a series of rapes spanning several years has been sentenced to multiple life terms.

Bobbie Andrew McGhee, 48, of Springfield, who was a prison guard at the Ozark Correctional Center near Fordland at the time of his arrest, pleaded guilty in June to raping five women over an eight-year period.

Authorities say McGhee wore a ski mask when he broke into apartments or hotel room's and that he removed peepholes from hotel room doors and flipped them, allowing him to stalk his victims from outside-in.

During sentencing, McGhee apologized to his family, his victims families and the court saying he had done a "horrible thing."

The break in the case came after investigators linked him to the assaults by collecting his drink glass and dining utensils from the Belgian Waffle House on Campbell near his home. The DNA collected from silverware matched DNA left at the crime scene of one of the rapes.

McGhee's attorney, Stuart Huffman, asked Judge Calvin Holden to have mercy on his client and asked for a 15 year sentence. Huffman said McGhee was a victim of physical and sexual abuse that led him to abuse alcohol and drugs.

Holden sentenced McGhee to five concurrent life sentences (all served at the same time- life is 30 years in the state of MO) plus 15 years for burglary that will be served after he completes his life sentence.
Posted by Kathee Baird at 10:11 PM