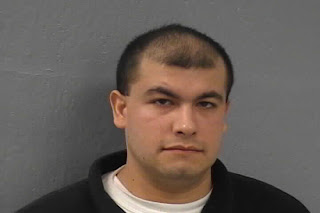 A former police officer in Noel has pleaded guilty in federal court to sexually exploitation of a minor and possessing child pornography.

Authorities in McDonald County seized the computer of Casey Nanez, 28, in November of 2009 during an investigation into allegations that he had unlawful sexual contact with one or more minors. During a forensic examination of the computer several photographs of minors, including a set of photographs that depicted a minor engaged in sexual activity with an adult were found on Nanez's computer.

Nanez admitted that he took those photographs and downloaded them to his computer.