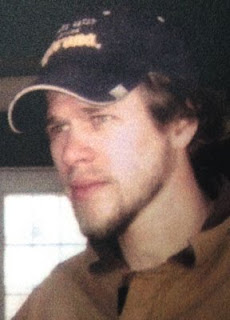 A police officer in Southwest City has been charged with involuntary manslaughter in connection to the deadly shooting of a man following a traffic stop five months ago.

According to the probable cause statement written by Highway Patrol Sgt. James Musche, Bobby L. Stacy, 26, was in a stolen GMC Suburban shortly before 2 a.m. on March 28 when Massa attempted to stop the vehicle on the parking lot of Seven Sons storage in Southwest City.
-- 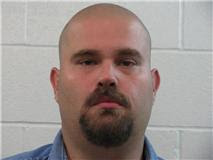 Brian Massa (mug shot MCSO)
The Suburban stopped on the lot for a few moments then sped away after Massa exited his patrol car. Massa pursued the Suburban with his lights and sirens activated, southbound on Missouri 43 through Southwest City.

Based on the footage from Officer Massa's in dash cam and footage from the digital video recorder attached to a jacket he was wearing, Officer Massa opened the door of his patrol car and began to exit as the Suburban passed by his driver's door.

In a matter of five seconds Massa fired four rounds form his service issued revolver. Based on trajectory analysis, one shot entered the right rear cargo window and and hit the roof, another hit the left rear passenger door and another passed through the rear passenger window.

At 02:15:54 Officer Massa fired the fourth and fatal shot which struck Stacy in the right side of the head. Stacy was transported to a hospital in Grove, Oklahoma and then air lifted to a hospital in Tulsa where he died the next day.
--
In the court document Musche writes McDonald County sheriff’s deputy Richard Gidcumb told him he saw Massa pick up a shell casing lying in the road between Massa’s patrol car and the SUV.

"When processing the scene on Frye Road on the morning of March 28, 2010, I only recovered 3 of the 4 shell casings, all of which were located near the front of the patrol car. Based on the evidence, Massa fired the fatal shot approximately five seconds after [the] Suburban had passed by his location and could no longer be a threat to his or any other person’s immediate safety,” Musche wrote.

Massa says he feared the Suburban was going to strike him which led t0 him firing four founds in rapid succession into the driver's side of the Suburban.

Massa, who turned himself in after a warrant was issued for his arrest, has been released on his own recognizance. He has been placed on paid administrative leave pending resolution of the case.
Posted by Kathee Baird at 3:26 PM