Carthage Man Could Get Twenty Years For Raping Infant: 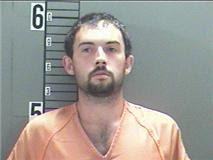 A man from Carthage is facing up to 20 years in prison after pleading guilty to raping a baby girl three years ago.

Christopher Wayne Cooper, 27, pleaded guilty Monday in Jasper County Circuit Court in Joplin to first-degree statutory rape, an offense that carries a punishment range of 10 to 30 years, or life, in prison in Missouri.

According to court documents, the 1-year-old little girl had been in Cooper’s care for three days when she fell down some stairs. Cooper undressed the infant and removed her diaper to check her injuries. He says it was at that point that he decided to rape her.

Cooper entered into a plea deal with the Jasper County prosecutor’s office. As part of the plea agreement prosecutors say they will ask that he not serve more than 20 years. Judge David Dally delayed formal acceptance or rejection of the plea bargain and set sentencing for November 1st.

Cooper has been in custody at Fulton State Hospital pending the outcome of his criminal case.
Posted by Kathee Baird at 12:13 PM