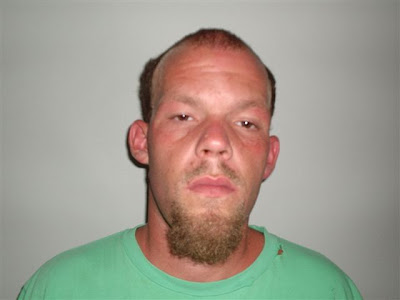 According to the probable cause statement filed with the charges, Hastings was being held in booking cell #66 with Jimmie M. Williamson and Jesse L. Waltz when Leslie brought in a prisoner. He told his cellmates that he was mad because Leslie had arrested him and that he wanted to kill him. Waltz told Hastings he knew where Leslie lived and allegedly drew him a map of how to get to the deputy's house.

Waltz told Outhouse he drew Hastings a "fake" map of where the deputy lived, and that Hastings asked him if the deputy had a wife, kids, or dog, and asked about the deputy's neighbors.
-- 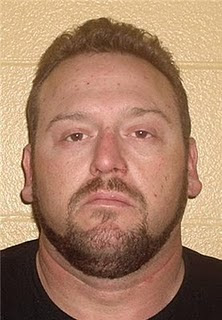 Williamson, who is also facing charges of conspiracy to commit murder, told Outhouse he didn't think Hastings was serious until he heard the other inmate giving Hastings directions to the deputy's house. "He (Williamson) didn't know if Jesse provided Cody with an actual drawn map to Deputy Leslie's house but he overheard Jesse's verbal directions and that they were detailed enough to provide him a mental map."

Williamson says he warned Leslie that he was in danger.

Outhouse said he interviewed Hastings after reading the man his rights. Hastings admitted getting a map to the deputy's home from one of the other inmates. "Cody told me Jesse gave him a map to Deputy Leslie's house. Cody provided me with a reconstruction of the map he said Jesse (Waltz) gave him and I noticed that it matched very closely to the one Jesse had given me before. Cody told me he asked Jesse several questions about Deputy Leslie's house including: type of siding, trees and fence in the yard, location of neighbors, and if he had a wife, kids, or dog."

"Cody said he didn't really have any intention of killing Leslie," the detective wrote in the probable cause statement, "then immediately said, 'I thought about it, I wanted it, you know what I mean.' Cody said, 'I'd like to do it.' Cody said, 'Like you said, ya, you can't away with a cop, killing a cop.'"

The plan was allegedly hatched between August 11 - 18th.

According to online court records, Hastings has been convicted of third-degree assault, domestic assault, and theft. He was being held on $27,500 bond on the domestic violence and child abuse charges.

His bond on the conspiracy to commit murder charge has been set at $75,000. If convicted, Hastings could face anywhere between 5 and 15 years in prison.
Posted by Kathee Baird at 11:48 AM