The murder of Ena Cordt and her son Rory, in Forsyth, has remained unsolved for a quarter of a century and theories about what happened that July day in 1985 have been almost as numerous as the years that have transpired.

Was it a killing based on a chance encounter and drugs, as some claim? Was it a murder for hire as others allude to? Were there ties to other killings in the area? Were there sinister forces at work in the local government at the time?

Conspiracy theories often tend to cloud issues with partial facts or statements that cannot be confirmed. During our investigation of this double homicide we checked fact after fact on the case that is, by all accounts, colder than ice. However, while some new claims came to light in our investigation, some of the theories were discounted, while some others still remain viable solutions to this crime.

Perhaps one of the more interesting theories (or if you believe the suspect, a confession) comes from a man on death row in Texas. His claim is that the murders were not a random act, but rather a plot to silence someone who posed a threat.
--
PART I - He has been called the Coast-to-Coast killer and while he has confessed to more than 60 murders, authorities say they aren’t buying all of the confessions, but they do confirm his suspected involvement in at least 15. Following his arrest in 2000 for a killing in Texas, Rangers began looking into the killer’s claims and have identified a double homicide in Missouri in 1985 as likely one of his first.

For their part, some authorities in Missouri have no interest in his confession and a crime that should have been solved decades ago remains in limbo.
-
For 25 years the murder of Ena Cordt and her son Rory in their Forsyth home, has remained an open case in Missouri. The Missouri Highway Patrol say they do not consider the confession of a convicted serial killer as true. In fact, the patrol told The Ozarks Sentinel earlier this year that, “He is not a suspect. He has been dismissed.”
-- 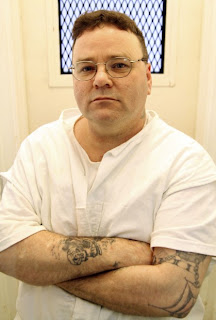 In Texas, where Tommy Lynn Sells sits in a cell, a Texas Ranger who was been interviewing Sells since 2000 disagrees and says the double homicide in Taney County is one he strongly believes Sells committed.

New evidence uncovered could point to another suspect, or two, according to the serial killer.

So, why the difference of opinion between these two law enforcement agencies? To understand that, one needs to go back 25 years and closely examine what Sells said happened and just who he claims was involved. One also needs to examine the early life of Sells and what motivated him to become of the nation’s most prolific serial killers.

Sells was born along with his twin sister, on June 28, 1964. His twin sister died a short time later from a high fever. Sells exhibited the same high fever at age 18 months, but survived. Early in his life Sells was sent to live with his mother’s Aunt Bonnie, and during that time his mother never visited. Aunt Bonnie wanted to adopt Sells, but his mother took him back and refused to allow him to visit her again.

Aunt Bonnie said in an interview years later that Sells’ favorite activity was to ride his tricycle up and down a sidewalk. Sells claims that this was one of the only bright spots in his entire life.

At age seven, Sells said he began to drink alcohol that was kept at his grandfather’s house. In talks with psychiatrists following his capture, he said the alcohol was hidden...but when he found it he would drink as much as he could. In 1972, at the age of eight, Sells befriended a known pedophile in the Missouri town of Frisbee. At age 10 he began smoking marijuana and told
psychologists that he continued to drink heavily and use drugs up to the time of his arrest.

Other aspects of Sell’s early life are mired in controversy. Sells claims he had sex with other aunts and even his mother. His mother discounted the story and claims such acts never happened.

One key incident Sells claims affected him was when his mother would entertain men in a motel room that they lived in. Sells said he watched through the window as his mother engaged in improper acts with the men. That incident, he claimed, would play a role in what happened in 1985.

July 26, 1985 was a typical summer day in the Ozarks. In the small town of Forsyth, MO., the Taney County Fair was underway and people from around the area were enjoying all the fair had to offer. According to some, the fair is where Sells encountered Cordt and her son and made the decision to go home with the attractive woman and have sex with her.

At least that’s the popular story told on web sites across the Internet. It’s not what Sells claims happened, although the fair does play a pivotal role in the murders.

At the time Cordt, who was known as a young woman who like to party, worked at a dress shop and sometimes at a local car wash. Her mother worked for the Taney County Clerk. The single mother didn’t have a lot of money, but she managed to get by and did the best she could raising her son. By most accounts, she got along well with her mother and visited her at the courthouse where the clerk’s office was located.
-- 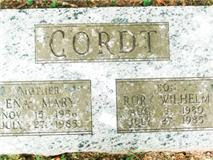 During the time of the county fair, Cordt would have been very aware of the murder of a young woman 38 days earlier just a few miles up the road in Nixa. It was front pages news for most papers in several neighboring counties and was the top story on local television news for several weeks.

Police had discovered the body of 20 year-old Jackie Johns floating in Lake Springfield in June of 1985. Despite some leads, police were unable to identify a suspect and that case would also remain unsolved for decades. A break in the cold case finally came in 2007 when a Sgt. with the Highway Patrol asked to investigate the the cold case.

The work of Sgt. Dan Nash led to the arrest of businessman Gerald Carnahan, who was always the chief suspect in the case, and who is now scheduled to go to trial for Johns' murder in September. Carnahan is represented by attorney's Dee Wampler and Joe Passanise.

Carnahan's life in 1985 and years after held almost as much drama as Sells’. In 1986 a grand jury indicted the businessman for allegedly tampering with evidence connected to Johns' murder. A judge dismissed the case, saying "lying does not constitute physical evidence." In 1987 Carnahan's step-daughter, Sara Collins, was indicted by a grand jury for perjury for allegedly lying about her stepfather's whereabouts the night Johns went missing. A judge found her not guilty (The Ozarks Sentinel will have the complete Carnahan timeline and trial coverage when his trial gets underway.)

So, on that fateful summer day in 1985, Cordt was aware that someone, unknown to police at the time, was killing women in the Ozarks. Being approached by Sells at the fair, and as some insist, being asked to take him home with her (Cordt), seems remote at best.

The story that Sells is telling now, and has been for at least a decade, is much more sinister.

“Now I am certain that this is the same Deputy who faced me down for making some remark to that woman at the Taney County Fair,” Sells writes in a letter obtained by The Ozarks Sentinel. “He asked me if I wanted her and acted tough. Then he told me that if he said the word, she would accuse me of rape and I’d be in prison for the rest of my life.”

Sells indicates that a Taney County deputy approached him at the fair, (where witnesses saw Cordt and her son) and that the deputy admonished him for making a pass at the woman. If true, that deputy was one of the first to know Sells was in the Forsyth area, unless of course, he was in the area at the request of someone else.

Interestingly, five days earlier, Sells had been questioned by local police about the theft of a car. He was, at the time, a patient at New Horizons Drug Rehabilitation Center in Blue Eye after being released from prison for felony theft. According to records, he left the center shortly after being questioned.

Sells was on parole at the time and the deputy should have arrested him rather than letting him go. So why did he choose to let Sells go? Was it that decision that eventually led to the murder of more than nine and as many as 20 people by Sells, who became known as the Coast-to-Coast Killer?

In her book, "Through the Window," published in 2003, Diane Fanning helped perpetuate the story that Sells picked Cordt up at the Taney County Fair, but it is an inaccurate account of what happened, at least according to Sells.

Sells paints a much different picture of the crime in letters written to an area man who has worked on the case for several years, and who is considered to be an expert on Sells by at least one state agency. He has appeared on national television shows as an expert on Sells.

In another letter Sells states that the murder of Ena and Rory wasn’t a random act, but rather a murder for which he was to be paid $2,500. Sells states in his written correspondence that the deputy not only threatened him with the accusation of a rape, but convinced him to agree to take on a murder in exchange for the money.

“I knew I was in trouble so I asked a friend I was drinking with what to do,” Sells writes.

According to Sells, the deputy was also the same one who was sent to Texas to interview him following his arrest by law enforcement in that state. That officer was also running for political office at the time of the 2000 interview, something that lends credibility to Sells' claim of conspiracy within local government at the time of Ena and Rory Cordt's murder.

While Sells' letter does name some names, it also names positions of those elected to public office that he claims hired him to kill Cordt.

In next week’s edition we’ll examine more of the claims of Sells and tell you what he claimed led to the double homicide of Ena and Rory Cordt.


THE MISSOURI HIGHWAY PATROL IS ACTIVELY SEEKING INFORMATION ON THIS CASE AND IS REQUESTING THAT ANYONE WITH INFORMATION CONCERNING THE DEATH OF ENA CORDT AND HER SON RORY, CONTACT THEM AT 866-362-6422.