Simmons Extradited Back To Texas To Face Capital Murder Charges: 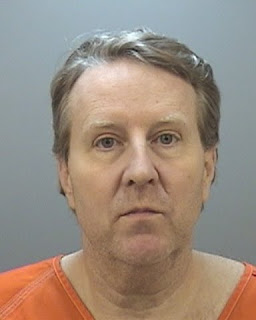 The man who kept authorities at bay in an eight-and-a-half hour standoff at the Walnut Lane Motel in late June has been extradited back to Texas to face capital murder charges.

An officer on routine patrol attempting to locate the getaway car believed used in the robberies of the Super 8 and Spinning Wheel motels discovered a stolen 2008 Hyundai Sonata in the parking lot of the Walnut Lane Motel. When he ran the plates, he discovered that Mark David Simmons was wanted for murder.

Prosecutors in Texas say Simmons murdered his business partner, Steven Wayne Woefel in April. Simmons allegedly lived with Woefel's dead body for a week before he moved it to the garage and set it on fire. Investigators say Simmons stole firearms from Woefel’s home and rigged the house to explode in an effort to cover up evidence and injure first responders.

Taney County Sheriff Jimmie Russell says the governors warrant was served on Simmons Thursday in the county jail. Texas Rangers and officers with the U.S. Marshal’s Service conducted the extradition.

Merrell says depending on the outcome of the murder case, his office may pursue the gun charge and possible burglary charges related to the motel robberies a few days before the June 29 standoff.
Posted by Kathee Baird at 9:11 AM