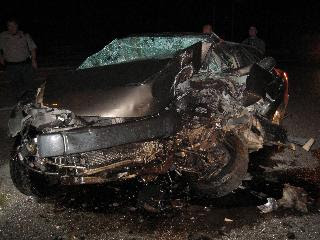 Authorities in Aurora are attempting to notify the family of a Springfield man who was involved in a fatal car crash during a police pursuit early Saturday morning.

The pursuit, which at times reached 120 m.p.h., began in Billings and ended at approximately 3:55 a.m. when 33 year-old Elchico Barnes (who was identified through police fingerprint records) attempted to make right turn on MO 39 at the intersection of U. S. 60 and slammed into a light pole.
-- 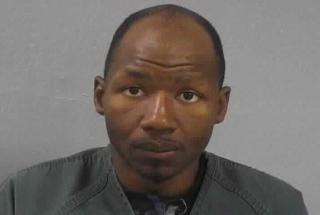 A few minutes earlier, Aurora PD had been notified that Billings police officers and a Lawrence County deputy were in pursuit of a vehicle travelling westbound on Highway 60.
--
A medical chopper was called to the scene but left after a ground ambulance transported the man to St. Johns hospital in Springfield where he was pronounced dead.

The vehicle was later determined to have been reported stolen in Springfield.

An accident reconstructorist from the Highway Patrol is assisting in the investigation.
Posted by Kathee Baird at 10:33 AM


the story about Elchio barnes,that my real brother an i am his only sister,an i feellike that was a fuck up way to find out bout,my brother.an the i feel the police was in fault cause they was not supose to chase him goin 120 m.p.h ,an if i had the money,i would suitnthe fuck out of them,an me an my mom is in pain,cause of them.an if anyone can help me call me 901-550-85-37