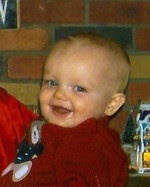 The murder trial of a babysitter from Willard that was supposed to begin next week has been postponed until November.

Defense lawyers for Brenda Jean Caringer asked for a continuance at a hearing yesterdays.

Caringer is charged with second-degree murder and child abuse resulting in death for the January 6, 2009, death of nine-month-old Lucas Payton Theede-Bennett.

Prosecutors filed both second degree murder and abuse of a child resulting in death to cover all aspects of this case. The charges were filed alternatively, meaning jurors---or a judge, could find Caringer guilty of either crime .....or neither.

An autopsy determined the infant died from abusive head injuries that are consistent with a crushed skull, and bleeding on the brain. The doctor that performed the autopsy said the baby's injuries were not more than two hours old and that Lucas would have been symptomatic immediately.

A pre-trial conference is scheduled for October 21st and jury selection is scheduled to begin on November 8th.
--
A wrongful death lawsuit filed against Caringer by the Lucas' parents is making it's way through the court system. The next hearing will be held on September 9th.
Posted by Kathee Baird at 9:15 AM