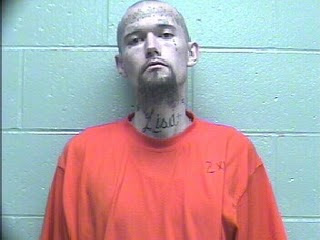 Additional charges have been filed against a Laclede County man accused of killing an elderly couple in their home near Bennett Springs State Park last month.

Coleen Wilson and her husband, Johnnie, 80, were discovered dead in their modest home July 27th. Court documents reveal that the Wilson's were shot and an accelerant poured on their bodies.
-- 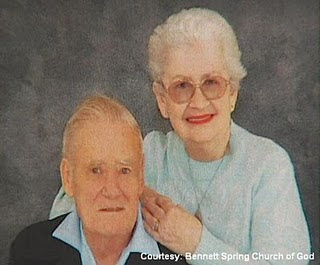 Driskill, who was wanted for a parole violation, was spotted by a Laclede County deputy in the state park shortly before midnight on July 26th before he fled into a heavily wooded area. By all indications it appears that Driskill stumbled on the couples remote home which is about two miles from where he was last seen.

The probable cause statement says that the Wilson's discovered Driskill stealing property outside and confronted him.

Driskill allegedly confessed to someone who picked him up in Dallas County, not far from where the Wilson's stolen vehicle was found on fire, that he killed a couple and set their house on fire.

Wright says that the aggravating factors in the case could lead either she, or the newly elected prosecutor, to seek the death penalty.

Driskill's preliminary hearing is scheduled for September 22nd.
Posted by Kathee Baird at 9:15 AM