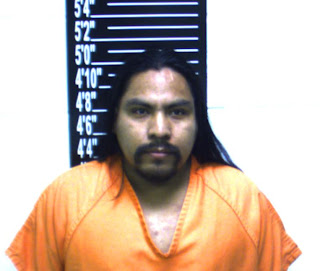 A man from Monett who was scheduled to go to trial on four counts of first-degree statutory sodomy with a child entered an Alford plea as jurors were being called for jury selection yesterday (08-18-10.)

Lawrence County Prosecutor Robert "Bob" George says twenty six year-old Audel Leonardo Lopez Rodriguez was the live in boyfriend of the ten and eleven year-old victim’s mother at the time of the offense. George says when one of the victims told her mom that Rodriguez had been touching her she immediately took the girls to a hospital.

“Our victims were 10 and 11 years of age at the time of the offenses. While both were prepared to testify against the defendant, they were relieved that they did not need to face him in the courtroom.” George noted.

Rodriquez was sentenced to four 15 year sentences that will be served concurrently (at the same time.) After Rodriquez serves at least 12 years behind bars he will be deported to Guatemala because he is in the country illegally.
Posted by Kathee Baird at 12:57 PM