Convict From Neosho Sentenced For Threatening To Kill President Obama: 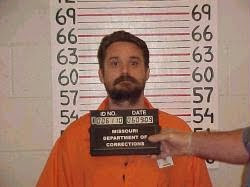 A man from Neosho serving time in a Missouri prison for burglary and tampering in McDonald County in 2001, has been sentenced for threatening to kill President Barack Obama.
--
The Ozarks Sentinel first told you about Josh Randall McCallum, 33, in October of last year after he pleaded guilty to sending the threat from the Bowling Green prison on August 3, 2009.
--
While serving time in prison, McCallum was charged with unlawful use of a weapon in Randolph County. He was given an additional five years in prison after pleading guilty to that charge.

McCallum was incarcerated at the Northeast Correctional Center in Bowling Green in August 2009 when he mailed the threatening letter that read in part, "The president needs to be shot....if I was out there I would do it myself or at least try to. When I get out, all those I’ve mentioned will be dealt with.”
-- 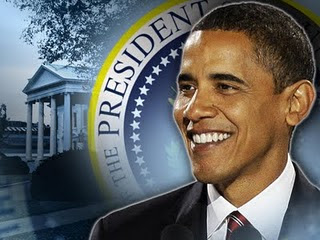 The threat on the President's life will cost McCallum two and a half years behind bars in federal prison. He will also serve two years supervised release. He will begin serving the federal sentence after he is let out of state prison in 2018.
--
McCallum was ordered to participate in mental health programs while in prison.
Posted by Kathee Baird at 11:45 AM