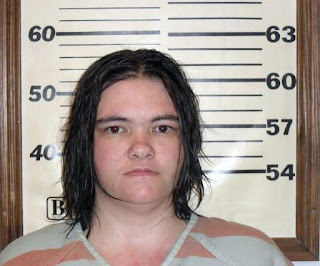 Jennifer Bagley
Earlier this month a Texas County coroner's jury found Jennifer Bagley was negligent in the drowning deaths of her two sons last summer--today she was charged with invountary manslaughter for their deaths.

Seven year-old Jesse James Bagley and his brother, four-year-old Wyatt Earp Bagley, were found dead in the Big Piney River near Licking that runs behind the family's former rented home. 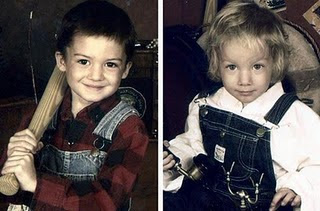 In testimony presented at the coroner's inquest it was revealed that Jennifer Bagley told investigators that she was making a beaded key chain for her boyfriend in the kitchen, which is a seperate building from the main house, while the kids played outside the afternoon her sons went missing.

She also told investigators that she and her father had been arguing about the condition of the house that day. Bagley told cops that her daughter, 3 year-old Belle Starr, came into the house soaking wet and told the grown ups (Jennifer Bagley and the children's grandparents) that her brothers were in the river. 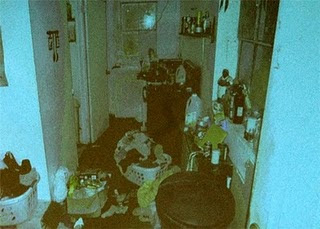 Texas County prosecutor Mike Anderson says that there was confusion as to just how long it took Bagley to begin looking for her son's. He says, "The search for the boys didn't start until it at least 20-30 minutes or up to an hour after her daughter told her the boy's were in the river, and it was between 1 and 2 hours before she called 9-1-1 for help."

One of the investigators testified that Jennifer talked "matter-of-factly" when boys were gone. Said she had bad feeling....like the one she had when she found out boyfriend had cheated on her.
Searchers combed the area around the house and the river for over twelve hours before the boys were located by a helicopter about 7 a.m. in the river.

Authorities were familiar with Jennifer Bagley and her children as there had been at least 5 hot line calls made about the children. The calls started in 2005 saying that the children were living in filth and were covered in bug bites, and one was recent as last year Belle Starr was not being fed. A neighbor told cops that the Bagley children came to his house at least two times...his house is at least 3/10th's of a mile from where they lived. That same neighbor told investigators that he heard a "different" kind of scream coming from near the river the day the boys went missing.

After the deaths of her brothers, Belle Starr was placed in protective custody by The Department of Social Services. She is now living with a foster family.

Texas County Sheriff Carl Watson says, "We're waiting on the judge to sign the arrest warrant. I have sent the deputy who was the first one at the scene of the drowning to Salem to pick her up. We should have her in Texas County by the end of the night."
Posted by Kathee Baird at 1:11 PM

Did the fact that she named her children Jesse James, Wyatt Earp, and Belle Star not tip anyone off that she may be a little "off"?

More so then that, why is it that she was hot-lined 5 times, and the state never once intervened? I understand that they make appointments to come evaluate a house, but seriously...after the 3rd call, even I would be wondering if I should be making a surprise visit.

No matter what though, my heart aches for these poor children. no matter what happened, two little boys had to drown, and one little girl had to watch her brothers die, before they could ever find the slightest bit of peace.

I'm not going to say much but I went to school with her. She found out she was pregnant in highschool and forced herself to loose the baby in an attempt to defraud the school. She was pregnant at the time that the bus crash happened. She came to school all doped up half the time and reeked in smell because she hardly ever bathed! I feel for them babies and I hope Belle will finally be shown the love that a mother can only give, not a slug like Jennifer!

I went to school with Jesse in kindergarden and 1st grade. He had the biggest crush on me and was always following me around. Everyone always assumed we were "going out" but we were jus good friends. We would sit together in church and at school. I acted like I hated it but I secretly loved always having him around. I always wonder what it would be like to have him here now. I'm 13 right now. He would be to. I wonder if me and him would still be friends and if he would still have a crush on me. Idk. I miss you and wish you were still here with me. Rip. I miss you so much Jesse. ❤️