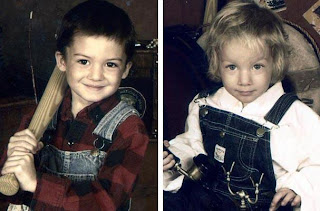 A coroners jury in Texas County has ruled that Jennifer Bagley was criminally negligent in her son's drowning deaths last summer.

Seven year-old Jesse James Bagley and his brother, four-year-old Wyatt Earp Bagley, were found dead in the Big Piney River near Licking that runs behind the family's former rented home. The family has since moved to Dent County according to Sheriff Carl Watson.

A coroner's inquest is conducted in a trial like setting where the county coroner calls witnesses and is in charge of conducting the inquest. Jurors can also ask questions of those called to give testimony.

In this case, Texas County Coroner Tom Whittaker sat a jury of three men and three women who are Texas county residents to hear the evidence in the case. Texas County prosecutor Mike Anderson assisted Whittaker with the proceeding. 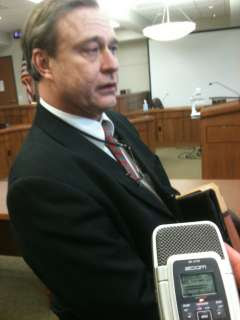 
The jurors came back with their decision one hour after hearing about two and a half hours of testimony. 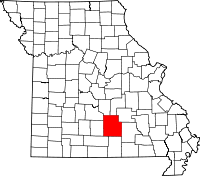 Anderson says, "I will take the jury's recommendation and wait about a week or 10 days to determine how I will proceed in the case." Anderson can file manslaughter charges or endangering the welfare of a child charges against Bagley.

Last August, Texas County Sheriff Carl Watson said that the two brothers and their little sister, 3 year-old Belle Starr, were unsupervised and playing near the river when the boy's somehow got swept away.

Sheriff Watson, the first responding officer, an investigator with the Highway Patrol and Whittaker were called to give testimony this morning. Jennifer Bagley's testimony was entered through investigative records.

In testimony presented today, Jennifer Bagley told investigators that she was making a beaded key chain for her boyfriend in the kitchen while the kids played outside the afternoon her sons went missing. She also told investigators that she and her father had been arguing about the condition of the house that day. Bagley told cops that little Belle Starr came into the house soaking wet and told the grown ups (Jennifer Bagley and the children's grandparents) that her brothers were in the river.

Authorities were familiar with Jennifer Bagley and her children as there had been at least 5 hotline calls made about the children. The calls started in 2005 saying that the children were living in filth and were covered in bug bites, and one was recent as last year Belle Starr was not being fed. 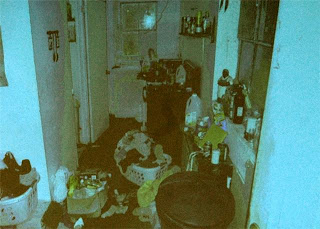 Photo of inside Bagley home

Anderson says that there was confusion as to just how long it took Bagley to begin looking for her son's. He says, "The search for the boys didn't start until it at least 20-30 minutes or up to an hour after her daughter told her the boy's were in the river, and it was between 1 and 2 hours before she called 9-1-1 for help."

One of the investigators testified that Jennifer talked "matter-of-factly" when boys were gone. Said she had bad feeling....like the one she had when she found out boyfriend had cheated on her.
Searchers combed the area around the house and the river for over twelve hours before the boys were located by a helicopter about 7 a.m. in the river.

After the boys death, Belle Starr was placed in protective custody by The Department of Social Services, she is now living with a foster family.

Sheriff Watson says, "There was no doubt she was criminally negligent....we thought that from the beginning of the investigation." He adds, "Should she be charged we will go and get her no matter where she is."


****Link to Jennifer Bagley's myspace page
Posted by Kathee Baird at 9:15 AM

That is very heart breaking!They are so cute!

Here is the mother of the year's myspace.

i use to watch them !their mother deserves what she get! RIP boys
u r in everyone's hearts