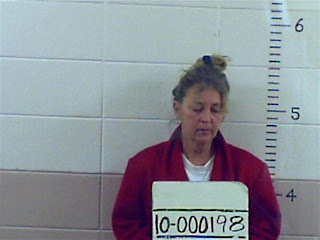 
The mother-in-law of a woman from Moody found shot to death on a Howell County highway last year has been charged with first-degree murder.

On November 13th a passerby called 9-1-1 and reported a fatal car crash on Hwy FF near Missouri 142, but authorities were suspicious immediately because the fatal wounds to Becki Lynne Dillard, 24, weren't from a car crash, but from two bullet wounds to the head.

Investigators say that Debra Dillard, Becki's mother-in-law, told investigators that her boyfriend, Billy Eastep, hated Becki and that he followed her down Highway FF and pulled her over. Court documents say that Eastep began yelling at Dillard and as she turned to walk away from the confrontation he allegedly shot her in the back of the head.

But that was last November. According to the probable cause statement filed Debra Dillard allegedly sent signed confessions to several people implicating herself in her in Becki's murder.


Debra Dillard's bond has been set at $1 million dollars. Eastep is facing the same charges in connection to Becki's murder.
Posted by Kathee Baird at 3:31 PM