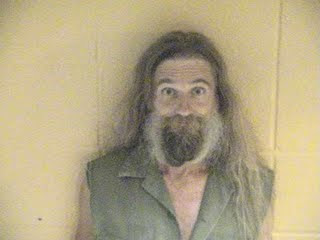 The federal trial of McDonald County white supremacist began Monday in Springfield. An undercover agent testified that Joos wanted to overthrow of the United State government.

"(He thought) it would all come down to who had the guns," said Tristan Moreland, a special agent with the U.S. Bureau of Alcohol, Tobacco, Firearms and Explosives.

Joos 56, of Powell, was charged in September with being a felon illegally possessing firearms, two counts of unlawful transport of firearms and one count transporting explosive materials interstate.
This case arose from a federal investigation into a Feb. 26, 2004, bombing incident that seriously injured two people, including the Director of Diversity & Dialogue for the city of Scottsdale, Ariz. The injured city official is a black male.
Investigators also reviewed the telephone records of one of the bombing suspect and learned that several calls were made to Joos on the morning of the bombing incident. Dennis and Daniel Mahon, two brothers, were indicted by a federal grand jury in Arizona on June 16, 2009, for their roles in the bombing.
In telephone conversations, Joos often discussed stocking the caves on his property with weapons, food, water and other supplies in order to avoid capture or attack. In one conversation, an undercover agent told Joos he was having trouble with some “Kenites,” and Joos agreed to provide him with instructions for making a bomb; Joos later mailed him instructions for constructing a home-made bomb, along with a detailed drawing.

According to an investigator’s affidavit filed this summer when Joos was originally indicted, undercover agents and a confidential informant say they found weapons and ammunition on his 200-acre property. 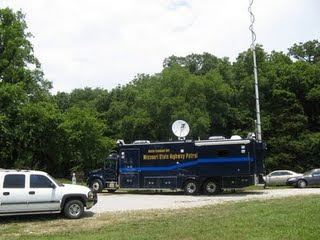 The informant also said Joos talked about using caves on his property to hide from law officers “and often discussed stocking the caves with weapons, food, water and other supplies . . . to be able to avoid capture or attack by the government or other adversaries.”

Joos was arrested in connection with a federal investigation of a racially-motivated 2004 bombing in Scottsdale, Ariz. National white supremacist leader Dennis Mahon and his brother Daniel were charged with that crime.

Joos was seeking $23 million in damages saying his Second Amendment rights among others was violated, even though he is a convicted felon.

UPDATE: Late this afternoon Joos was convicted on all charges.

Under federal statutes, Joos is subject to a sentence of up to 20 years in federal prison without parole, plus a fine up to $500,000. A sentencing hearing will be scheduled after the completion of a presentence investigation by the United States Probation Office.
Posted by Kathee Baird at 12:53 PM