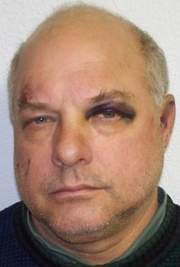 A Newton County New Jersey pet store owner was kidnapped Friday night (01-08-10) and driven through the night to Missouri by three armed abductors.

Federal and local authorities are still investigating the incident, in which Jeffrey Muller, 59, of Frankford, NJ, was allegedly targeted by three men, all from Missouri. 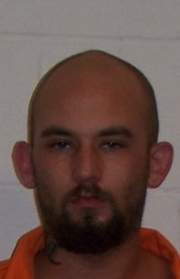 
The suspects Douglas Stangeland, 46, of Nevada, Mo.; Lonnie Eugene Swarnes, 44, and Andrew David Wadel, 21 both of Rich Hill, allegedly approached pet store owner Jeff Muller, 59, of Newton, N.J., outside his business there Friday morning and asked if he was Jeff Muller, according to Newton Police Chief John Tomasula. When Muller said "yes," they zapped him with a stun gun and bound his hands and feet, authorities said.

The trio drove west out of New Jersey, holding a gun to Mullers head and told Muller their group was also holding his wife captive at the couple’s Newton home. 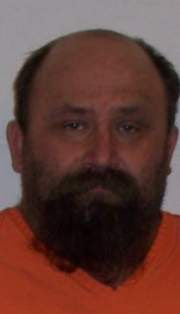 
Muller had gone to work to open his store at about 8 a.m. Friday according to his wife. Cops said that when his wife arrived at 10:30 a.m., the store was locked, her husband was nowhere to be found, and some of his personal belongings — including his bagged lunch and his glasses — lying in a parking lot. 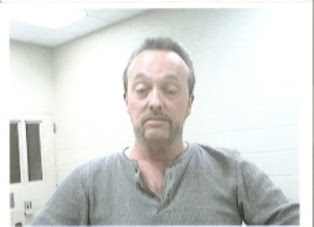 
Cops say that Stangeland, Swarnes, and Wadel Muller were being actively recruited by William Barger to join the Heartland chapter of the Hells Angels. Barger claimed to be the son of Hells Angels founder, Sonny Barger. Problem is Sonny Barger does not have any biological children....and the "recruits" failed to do any research into William Bargers claims.

Newton Police Chief John Tomasula said there is no known connection between Muller and his alleged captors. He said the men targeted Muller, and that "extensive planning" had gone into the abduction."This is a very serious case," Tomasula said. "I'm confident that it'll be a far-reaching investigation."

Muller, was rescued outside a Lake Ozark, Missouri convenience store after he managed to free his hands and run when two of the men went inside to look for car parts. 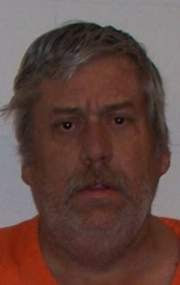 
Officials at first said they didn't know why someone would target Muller, but now they are saying they believe it was a case of mistaken identity.

Vernon County Sheriff Ron Peckman says the trio are, "bumbling idiots....they have apparently kidnapped the wrong person." Peckman says his department is actively investigating the three men are for a November home invasion in which the homeowner was shot in the hand, and he and his wife were bound to a chair with duct tape. 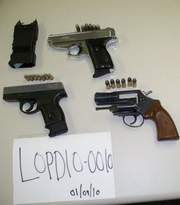 
Authorities in Vernon County say that during the home invasion, the homeowner was shot in the hand, restrained and questioned about “anyone by the name of Muller.” Police believe the man who eventually was kidnapped was the wrong Muller.

Tomasula said that six of his officers had flown out to Missouri for the investigation, and two would be coming back with Muller.

Stangeland , Wadel and Barger are being held in the Vernon County jail on kidnapping, burglary, assault and armed criminal action charge out of Missouri and fugitive warrants out of New Jersey. They are all being held without bond, according to sheriffs deputies.

Tomasula said that the FBI is involved in the investigation. Representatives of the Missouri and New Jersey regional FBI offices could not be reached Sunday (01-17-10.)

Swarnes, of Rich Hill, MO, has waived extradition and has been transported to New Jersey.