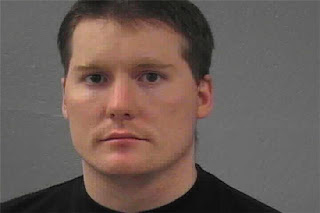 On December 23, 2009, Stone County Deputies with the assistance of the Greene County Sheriff’s Office served a search warrant at the home of John Allen Grabber.

Grabber, 31, who was not at his Springfield home at the time the search warrant was executed, was busted as a result of an ongoing undercover sting operation to lure Internet predators.
Court documents say that Grabber started chatting with an undercover deputy in a Yahoo chat room on June 8, 2009. They go on to say that Grabber sent to photos of himself to the operative through Yahoo photo sharing before he sent a request asking the deputy posing as a girl to view him on web cam. It is alleged that Grabber sent pornographic images and engaged in a sexually explicit conversation with the cop posing as the teen. 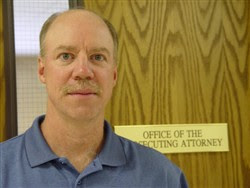 Stone County prosecutor Matt Selby has charged Grabber with sexual misconduct involving a child.
He turned himself in to Greene County authorities on Christmas Eve and was released after posting $10,000 bond.
Posted by Kathee Baird at 12:03 PM