Life In Prison For Springfield Man Who Murdered "Friend": 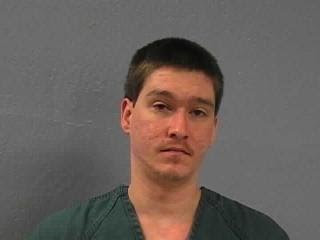 A Springfield will serve at least twenty-four years in prison for the July 2008 murder of his friend.

Christopher Coleman, 27, pleaded guilty in August to second-degree murder and armed criminal action for slitting the throat of Jason Isenbletter. Isenbletter's mother discovered his bloody body on the floor of his McDaniel Street home after he didn't show up for work for a few days. Authorities says that Isenbletter's throat was slit and that he suffered over fifty stab wounds to his neck, chest and back. 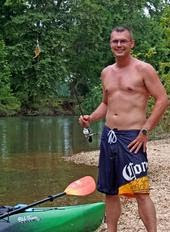 Greene County medical examiner Dr. Doug Anderson estimated the man had been dead at least four days by the time his mother found him.

When authorities started piecing the crime together they discovered that Isenbletter's vehicle was missing. A day after a national bulletin went out alerting law enforcement to be on the lookout for Isenbletter's Nissan Xterra, an Oklahoma state trooper was patrolling Interstate 35, about seven miles north of the Texas border, when he drove through a rest stop parking lot.

The vehicle driven by the trooper was a "smart car" that was equipped with software that let's a computer scan plates for things like outdated license plates and vehicles that could be wanted in relation to criminal activity. As the trooper drove through the lot, his car alerted him to the presence of the silver Xterra stolen during the homicide in Springfield. 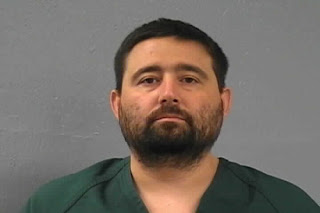 
As the trooper approached Coleman and another man, Matthew Jennings, 37, sitting near the vehicle, one of the men told the lawman "we killed our friend in Springfield."

When Springfield Police Detective David Meyer interviewed Coleman he told him that he and Jennings had gone to buy marijuana from Isenbletter on July 17. Coleman told Meyer that it was late, and the pair had to wake Isenbletter up and that he was upset when he answered the door with a gun in his hand.

After killing Isenbletter, Coleman and Jennings went to Galveston, Texas, to kill themselves, "but they couldn't do it," according to Meyer.

Greene County Judge Calvin Holden sentenced Coleman to life (30 years) in the Department of Corrections and an additional twenty for armed criminal action. Those sentences are to run concurrently (at the same time.)

According to online court records, Jennings is scheduled to go on trial next week for his role in his friend's murder.
Posted by Kathee Baird at 5:21 PM

Jason was my friend. I miss him quite alot. If you knew him contact me at www.facebook.com/coffeemann.

I only wish these guys got the death penalty.

How can u wish death to someone when u weren't there or involved especially when u don't know the circumstances? What's that make yourself besides biast?

I understand how you feel but, you weren't there and don't know all the details. I'm not saying I know them myself. But, I grew up with one of the acused and this is not like him at all.

If a man has a gun threatening your life would you pull your knife for protection? And if it was you or the guy with a gun, would you allow him to kill you? Regardless of how many stab wounds there ended up being, a man's life was threatened with a gun. This should he self defense.