A little girl who touched the hearts of thousands of people died last week after fighting a courageous battle with brain cancer.
In September I wrote about how that little girl, Jada Harper, touched the hardened heart of a crime reporter. Jada was just six years-old when she was diagnosed with an inoperable brain tumor back in June of this year. Little Jada has been treated in Little Rock and had been at M.D. Anderson Cancer Center at the Texas Medical Center in Houston since July.
In September her family was told that there really wasn't much else that doctors could do for the little girl after she had a seizure and was placed on a ventilator. The prognosis....she could get stay in Houston and receive more radiation and possible live six months, or the family could try and get her to a hospital in Harrison where she might live for three months. 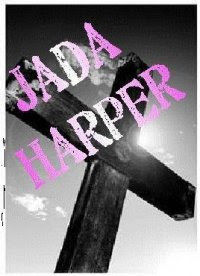 Jada's parents, Savannah and Jason Surface, decided to bring her home to live out her final days surrounded by family and friends, but knew that they couldn't afford the cost of an air ambulance.
That was until the little girl's principal, Andrea Martin, called a friend who worked for Fed Ex. In an economy where every penny counts, Fed Ex arranged for an air ambulance to get the terminally ill little girl back home to Arkansas. The entire $11,000 tab for the mercy flight was payed for by the air freight giant.
Jada had to live at Hospice House in Harrison for a little over a month, but was then able to be taken to her Green Forest home where she remained until her death.
First National Bank of Green Forest has established a fund to help the family with expenses related Jada's care.