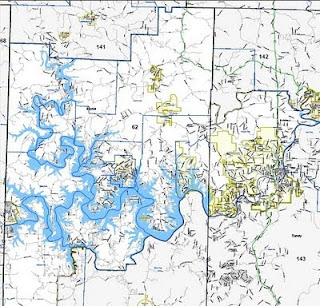 The list of candidates for the seat to represent the 62nd District is down to two.

Assistant Deputy Director of The Missouri Ethics Commission, Stacey Heislen, says that attorney James Rynard "failed to file a financial interest statement with our office by the deadline." When the comittee met on December 18th, "they disqualified Rynard," according to Heislen.

Taney County Clerk Donna Neeley says that she "was notified by the Secretary of State's office and told to remove Rynard from the ballot." This was after military and overseas ballots had been mailed according to Neeley. Neeley says that her office has received three ballots back from those mailings, "there's nothing we can do about those because they are a cast ballot."

In September Rynard was tapped by the 62nd Distrcit Democratic Committee to run for the seat that was vacated when Rep. Dennis Wood (R) was appointed presiding commissioner of Stone County by Governor Jay Nixon.

Rynard, who is an attorney in Kimberling City, says that he is, "moving to the Kansas City area and won't be eligible to represent the district. That's the reason I didn't file the necessary paperwork."

Neeley says the cost to reprint the ballots in Taney County is going to cost taxpayers about $3,000.

Stone County election clerk Donna McConkey says that her office was notified by Secretary of State Robin Carnahan's office on Monday about the commission's disqualification of Rynard. "None of our ballots had gone out yet," McConkey said. "We were told that we wouldn't have the correct ballots back until next week (12-28-09) but we got them back early and are putting them in envelopes right now for people on our permanent absentee list."

McConkey says the cost to reprint the ballots for Stone County was $2,000.

The two candidates left on the February 2, 2010, ballot are realtor Jane Ayres and Libertarian Patty Tweedle.
Posted by Kathee Baird at 1:07 PM