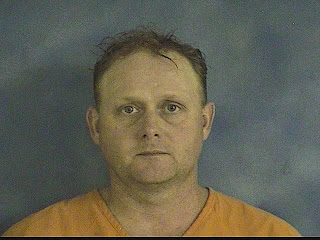 A Newton County man has been charged for allegedly trying to hire someone to kill his wife.

Prosecutor Jake Skouby says that John R. Badgwell, Jr., 40, Joplin, was arrested and charged with conspiracy to commit murder after Badgwell met with a confidential informant on Monday (12-21-29) and gave them $40 to buy a gun to kill his wife, Debra.

According to the probable cause statement filed with the charges, investigators with the Newton County sheriff's office say that a confidential informant contacted a detective and told him of Badgwell's plan in October.

Court records say that when the CI and Badgwell met this past Monday, Badgwell allegedly gave the informant the money to buy the weapon and nothing else with the money. It also says that he wanted the job done when his children were not at home.

The probable statement says that the meeting between the CI and Badgwell at Quick Trip in Neosho was recorded. It also alleges that Badgwell told the informant that if the hit man was not willing to do the job for him that he would kill his wife himself because "she was spending all his money.”

Badgwell is being held without bond in the Newton County jail.
UPDATED:
When Badgwell was formally arraigned in associate circuit court on December 29th bond was set and he was released after posting $50,000 bail. Some of the bond conditions was that he not have any contact with his estranged wife or return to the family home.
On December 23rd, Debra Badgwell filed for an order of protection from her husband....it was granted.
His preliminary hearing has been set for February 1, 2010.
Posted by Kathee Baird at 1:42 PM