UPDATED: Florida Escapee Arrested In Rigedale After Being On The Lam From Cops For Over Thirty Years: 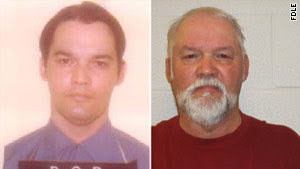 A man who escaped from a Florida work release center in 1979 while serving a sentence for armed robbery was apprehended in Ridgedale over the weekend.

Oscar Eugene Richardson, 61, was arrested at his home on Saturday as a result of information received through a police hot line. He is the first fugitive captured as part of Florida's "12 Days of Fugitives" campaign.

Richardson escaped from a Kissimmee Work Release center in March 1979 after serving two years of a 10-year sentence, for robbing a drug and convenience store in Tampa in two separate holdups in 1977.


At the time of his arrest Saturday, Richardson was living under the alias of his father, Eugene Ward, and using a fake Social Security number, according to authorities.

Taney County associate circuit court judge Tony Williams set Richardson's bond at $75,000 which he posted.....and Florida officials are livid at the judges decision to let an escaped convict have the option to post any sort of bond.

Taney County Sheriff Jimmie Russell says that he and several of his deputies know Richardson, "who has been a model citizen, good friend and good neighbor to folks here." 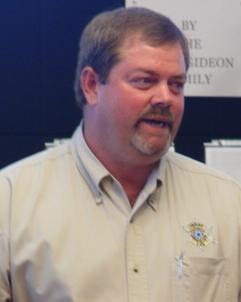 
"His past, and arrest were surprising to myself and several of my deputies, " the sheriff said. "If I were called into a court of law to testify on his character while he has been living here, I would be willing to do it for him." Russell said

Richardson also did handy man and lawn work for the Herschend family who own Silver Dollar City.


Richardson has hired attorney Dee Wampler to represent him. Wampler said in a press release that his client, "plans to eventually voluntarily return to Tampa, Florida, to save the authorities time and expense," in regard to extradition and travel costs.

Wampler says in the release that Richardson has "had no criminal record (except for Florida) and has enjoyed a spotless record." It goes on to say, "he has been honest in every way, with no criminal record, no arrests, no violations of any type whatsoever."

The 12 Days of Fugitives campaign, was launched on December 7, and is aimed at capturing Florida's oldest and most violent prison escapees, the departments' statement said. Newspapers are featuring the fugitives in print and online photo galleries and the Florida Outdoor Advertising Association and its member companies are providing donated space on billboards.


A man who fled to Missouri after he escaped from a Florida work release center in 1979 is facing new charges, this time from the state of Missouri.

The Missouri Department of Revenue has filed charges against Oscar Eugene Richardson for allegedly not filing state income taxes for the last three years.

Richardson, who was arrested at his Rigedale home last month on the escapee charges, had been living under the name of his father, Eugene Ward, and using a fake Social Security number for the past 30 years, according to authorities.

There is no word on whether or not the feds will file tax evasion charges against Richardson as word of the warrant for his arrest was posted online after state and federal offices closed.

Taney County associate circuit court judge Tony Williams raised the ire of Florida officials when he set Richardson's bail for the Florida charges at $25,000, which he quickly posted.

Attorney Dee Wampler, who represents Richardson, says "I've known for about 10 days that the Missouri Department of Revenue was investigating Oscar. The fact that a warrant was issued for his arrest is news to me."
Posted by Kathee Baird at 7:53 PM