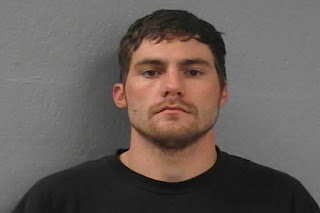 A Springfield man busted on drug and forgery charges could face federal charges as well for possessing phony money.

The bogus money was found in Cody C Sapp’s billfold when he was being processed on the drug charge and forgery charges.

Sapp was charged by the Greene County Prosecutor with one count of forgery and possession of a controlled substance.

Cops are telling local businesses to be on the lookout for bogus bills being passed, and to closely examine twenty dollar bills that they are receiving from customers.
Posted by Kathee Baird at 3:54 PM