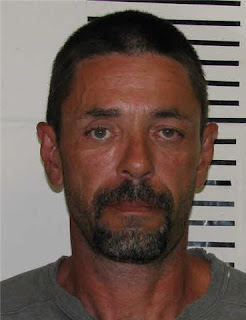 The date for the preliminary hearing for the man accused of murdering his aunt, uncle and cousin earlier this summer in Cole Camp has been rescheduled.

Lawyers for Robert Blurton have filed motions with the court to declare a state statute unconstitutional. Public defenders want lab tech's from the state crime lab available for the preliminary hearing.....the state says it has their reports that they can enter into evidence. 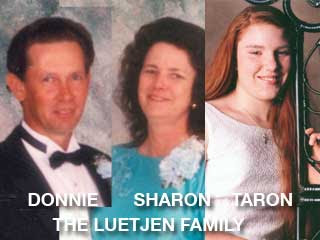 Donnie, Sharon and Taron Luetjen were found bound together and shot in June of this year. Prosecutors allege that Blurton killed his family members during a robbery at their home.

The date for Blurton's prelim has been rescheduled for December 16th.
***Luetjen family image KSPR
Posted by Kathee Baird at 12:07 PM