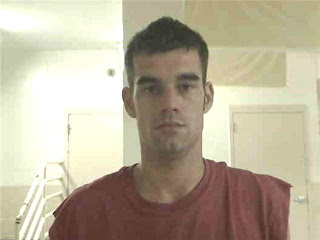 A Jasper County man who helped steal a gun last September from the Old Cabin Shop was sentenced to five years probation.

Zachary S. Townsend pleaded guilty to the theft in August. Prosecutors in Jasper County allege that the gun theft was what led to the murders of Robert and Ellen Sheldon in October of 2008.

Authorities say Townsend and Darren J. Winans, 22, Jasper, stole a rifle and scope from the gun and archery store that sat on the Sheldon's property on Sept. 23, 2008.

The probable cause statement filed with the charges says that Townsend distracted Robert Sheldon while Winans stole the gun. That gun was later traded for speakers according to investigators.

Winans and Matthew D. Laurin, 20, Springfield are charged with murder, robbery and armed criminal action for the Sheldon's deaths on October 11, 2008. Prosecutors allege that Laurin and Winans stabbed the Sheldons and their dog to death when they broke in their home looking for weapons to trade for drugs.

Lawyers for Winans and Laurin want their clients trials to be held seperately and out of Jasper County. Judge Gayle Crane will continue to hear motions regarding those matters on December 21st.