The state of Missouri will seek the death penalty against James D. Phelps for the 2021 murder and kidnapping of Cassidy Rainwater-Paul.  Dallas County prosecutor Jonathan Barker announced that intent in court filings this week.

Phelps' capital defense attorney, Tom Jacquinot, who is a public defender--has asked that his client's case be moved to another county on a change of venue.  That change will be automatically granted as Dallas County has less than 75,000 residents.  There has been no word on where the case will move at this time, according to the Dallas County circuit clerk's office. 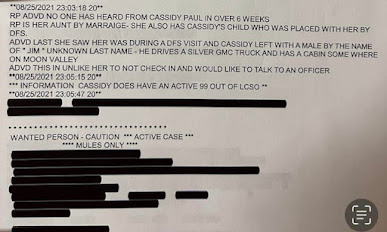 On September 16th, 2021, the FBI passed a cyber-tip with photographs labeled "Cassidy" to Dallas County investigators.  The IP address from which the tip originated bounced off a tower in Germany, according to Dallas County Sheriff Scott Rice.

It would take authorities two more months to add murder charges to the already filed kidnapping charges against Timothy Norton and James Phelps for Cassidy's death.

Pictures on Phelps' phone allegedly show a partially nude Cassidy being held in a cage and tortured within the cabin.

Norton told investigators that Phelps called him on July 24, 2021, and asked him to come to the cabin.  Once there, Norton held down Cassidy's legs while Phelps placed a bag over her head and strangled her, according to court documents.  Court documents also state that Norton helped Phelps carry Cassidy outside to a gantry crane, where she was disemboweled, and then to a bathtub in the cabin where she was dismembered.

Norton, was arrested on suspicion of kidnapping Cassidy in late September of 2021 as he was leaving a Walmart in Lebanon, according to sources.  Dallas County prosecutor Jonathan Barker said in a court hearing last year that Norton and Phelps would troll for victims online and at Walmart's.

Dalton Chaffin, who lived at the cabin for a time in 2019, says there was only one bathtub in the cabin.  A bathtub was in the fire rubble after the blaze.  Whether or not it is the bathtub that Cassidy was dismembered in is not known at this time. 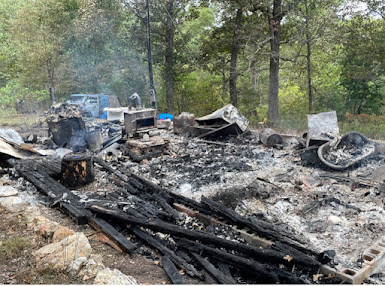 Property that had been in Cassidy's family for several generations surrounding the cabin where she was allegedly murdered (and where some of her remains were found,) was sold recently.  A Dallas County resident bought a little over 200 acres of the Margaret Campbell-Rainwater property and another 40 acres adjacent to the property. 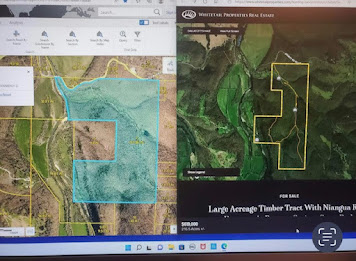 It appears that all but about 25 acres that lead to the Niangua River, including the area where the Rainwater home once stood before it burned to the ground in an arson fire after the death of Cassidy's grandfather, Bill Rainwater, is for sale again, according to a listing at Whitetail Properties.

Margaret Campbell-Raiwater's family has retained about 4 acres of the old family homestead where a memorial garden for Mrs. Rainwater has been placed, according to Dallas County GIS records. 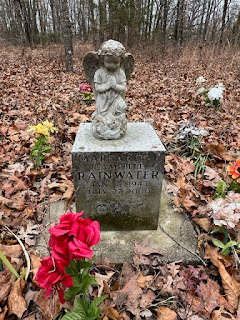