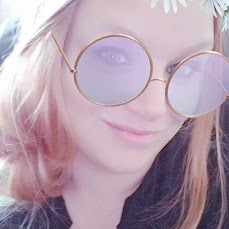 Cassidy Rainwater is still missing and there have been no updates or additional charges filed against her alleged kidnappers, James D. Phelps and Timothy L. Norton, or anyone else.

The property where the cabin once sat where Rainwater, 33, was allegedly held in a cage and tortured this summer was originally owned by a couple from the Kansas City area who fell in love with the rolling beauty of the Ozarks, nearby Bennett Springs, and the trout fishing. 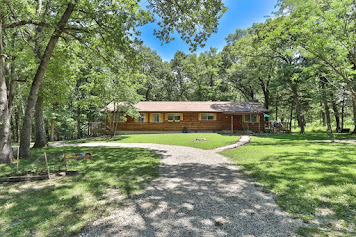 Walter and Gaynelle Seymour were called to serve others early in their marriage and operated Rock Oak Bible Camp Missions on their property at  411 Moon Valley Road as a retreat for families.  The Seymour's daughter moved her parents closer to her home near St. Louis following the 2007 ice storm.  With both of them in their mid-80's, she worried about their safety being so far from the nearest town in the event of an emergency or another historic storm. 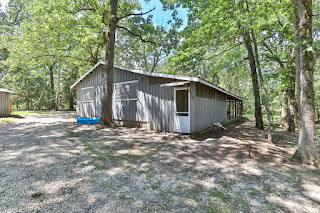 Mrs. Seymour remembers there being a squatter on the property which would eventually become 386 Moon Valley Road, but she can't remember the exact date.  "Sometime in the mid-'90s," according to Mrs. Seymour.  "My father told them they were building on the wrong property and even consulted a lawyer but he told them that that piece of land wasn't worth what it would cost to take it to court.  Something like $30 to $50 thousand," said their daughter.

In 1995, 386 Moon Valley Road was sold to Raymond "John" Warren and Lisa Whitcher by Edith Franklin for $15,000, according to a warranty deed.  There had been another cabin on that piece of property that is believed to have been built by David Gene Franklin.  That cabin burned to the ground.   Edith Mae Dampier Franklin's family has owned property that borders Thistle and Moon Valley Road for over seven decades, according to tax records. 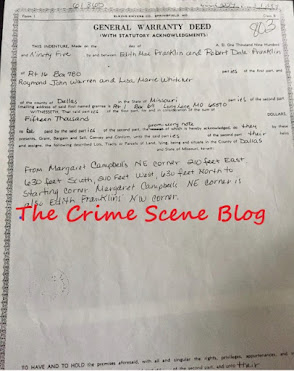 Raymond "John" Warren handbuilt a new cabin with timber milled from lumber from an adjacent property.  "He put a lot of blood and sweat into it," another neighbor remembered. 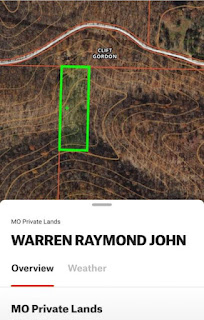 "Technically the cabin sits on property that appears to be owned by Gordon Clift, said Cody Smith, a land agent who handled the Seymour sale.  However, the cabin was built on the wrong property.  I believe that it should have been built on the tract to the south that appears to be owned by Raymond John Warren and Lisa Marie Whitcher.  I talked to the guy living in the cabin once, I've found that it's better to tell people who you are to keep from getting shot.  I think he told me that his brother-in-law owned the property and let him live there.  Based on the news articles online, James Phelps is who I talked to.  I recognize his picture."

"I don't have a clue how the house (cabin) was built on the wrong property...you'd be surprised how often that happens in some fashion though.  The Seymour house actually had the property line going through the house when we had it surveyed,"  Smith said.

Land to the west, which is 320 Moon Valley Road, belonged to Margaret Campbell-Rainwater and Bill Rainwater, Sr., Cassidy's grandfather.  It was land that had been in the Campbell family for generations, according to Seymour's daughter.  "Margaret Campbell's grandmother, Diane Coffelt, built a structure down at the river that used to be two separate buildings, one being the kitchen and living area, the other being the bedrooms.  When one of the structures burned down Margaret and Bill put a trailer there and incorporated it with the remaining structure."

Bill Rainwater lived on the property until his death.  His house also burned to the ground not long after he died, according to the neighbor.

Lisa Whitcher died in 2011.  Raymond "John" Warren and Robin Phelps, James Phelps' sister, had been in a long-term relationship prior to her death last year, according to sources.

But how does Timothy Leroy Norton connect to Phelps and Warren?

Warren and Whitcher, who were both charged with poaching in 1997 claimed that address, and Phelps first appears in court records as using the address in 2011.

There have also been at least three sex offenders, including Eddie Feck, who used the 386 Moon Valley Road address in 2008.

On September 18th, a day after James Phelps was charged and seven images of a partially nude Cassidy being held in a cage within the Phelps residence were found on his phone, the Dallas County Sheriff’s Office issued a news release about the case on its Facebook page.

“Due to the extreme nature of the crime and the continuation of the investigation, additional details cannot be released at this time,” the post said. “There is no immediate danger to the public.”

On September 19th, Timothy Norton was identified by authorities as having possible involvement in Cassidy's disappearance and was questioned.  Investigators didn't believe he was being truthful and reinterviewed him on September 20th. “Norton then admitted that after arriving at Phelps’ home on July 24th he did physically confine CR by holding her down for a substantial period of time, for the purpose of facilitating the commission of a felony, or inflicting physical injury on, or terrorizing CR," court documents say. 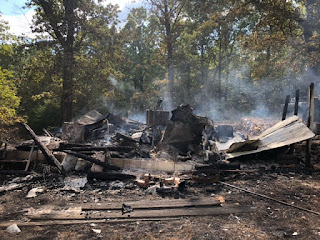 October 4th, the night before Phelps and Norton were set to be arraigned, the cabin at 386 Moon Valley went up in flames.  Fire investigators discovered two devices made of mortar tubes and balloons, with tripwires, according to a report from the Springfield fire department.

In a scathing post on Facebook last week, Dallas County Sheriff Scott Rice called out “Fake News,” social media, and people who he said are too impatient and entitled to wait for the justice system to work.

It could be 30 to 90 days before any new or additional charges are filed in the case as investigators are waiting for DNA and forensic testing to come back, according to sheriff Rice.

I would like to know who they did DNA on if Cassidy is still missing?