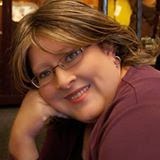 The Parks and Recreation director in Reeds Spring has resigned after serving that community for a year.
City Administrator Bill Bell said Tammy Fink resigned last week following a "discussion and review."
"It is felt that the program focus needs to be a much narrower focus at this time and could be expanded at a later date," said Bell.
"Due to the definition of this narrow focus, we will not be seeking to fill the vacant position at this time but rather will engage a Grant Writer that will be specifically tasked with obtaining funding for the remodel and/or reconstruction of the WPA/Community Center Building."
Bell went on to say, "Everyone agreed that this project is a priority, and that once funding is in place, then we would need to fill the vacant position to engage in programming."
Bell also issued a statement saying that Fink's resignation was in no way connected to an alleged misappropriation of funds.
A recent independent audit of city finances "indicated that all city accounts, finances, and properties appear to be in order," Bell said.
Posted by Kathee Baird at 1:39 PM