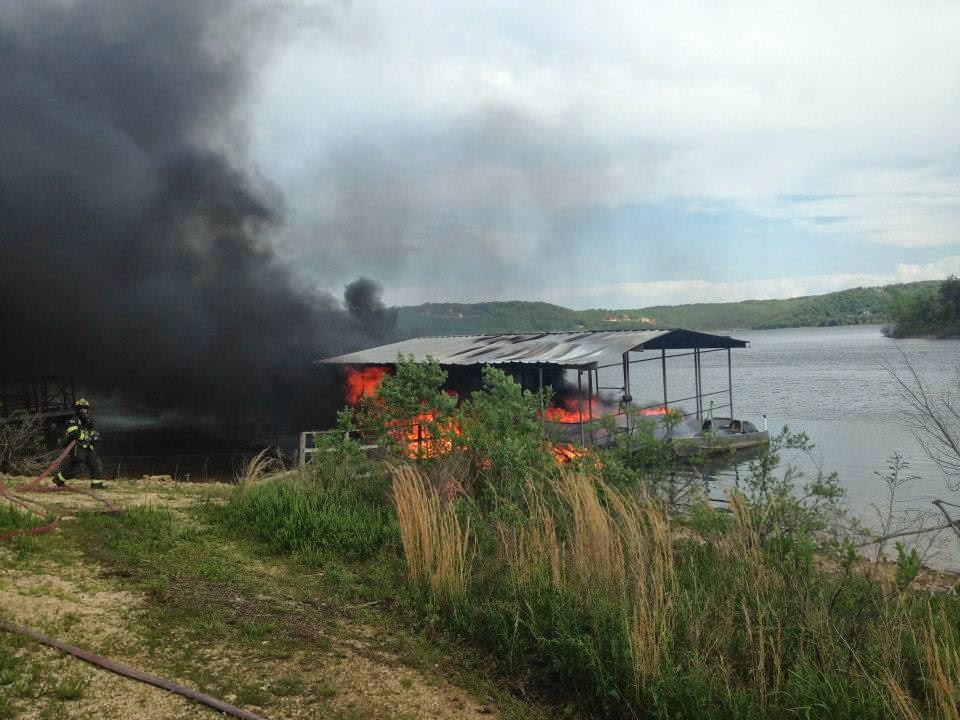 Fire investigators with the Southern Stone County Fire Protection District are investigating whether recent welding at a boat dock in Kimberling City contributed to a fire there last week.

Smoke from the boat dock fire could be seen for miles last Thursday (05-15-14,) according to public information officer Eric Nielsen.

Nielsen says when firefighters got to a two stall private dock on Elm Street one of the boats had broken free and was drifting in Table Rock Lake. "Deputy Chief Cooksey along with another firefighter boarded a boat operated by a civilian," Nielsen said.  "They stabilized the burning boat with a pike pole until our Fireboats arrived."

After firefighters returned the boat to the heavily damaged dock it partially sank, according to Nielsen.

The owner of the boat, who lives in Nixa, said new lift arms were scheduled to be welded to the dock.  SSCFPD Chief David Gyger reported that new lift arms and chains and signs of welding had recently been completed at the dock.