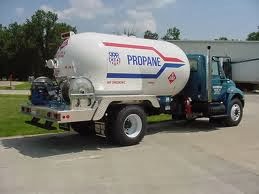 Brutal cold weather attributed to the Polar Vortex which has blanketed the country this winter is a major factor in a propane shortage that stretches across the midwest and east coast.

Fuel experts believe extra crop drying in the fall paired with extreme cold increased demand and shortened supply.
Abundant grain crops were being harvested throughout the Upper Midwest almost simultaneously this fall. Ordinarily, the harvest progresses in stages through the region but in late 2013, the harvests happened at the same time over a wide area. This was a large, wet crop which required massive amounts of propane in order to be dried prior to storage. That demand reduced propane inventories throughout the area.At the same time, infrastructure realignments inhibited the transportation of propane. The Cochin pipeline, which provided 40% of the product used by Minnesota suppliers, was shut down for repairs as the line prepares to eliminate propane liftings by this spring. This pushed those suppliers further out to load their supply. Canadian imports to the Northeast were also impaired by rail re-routing and other infrastructure impediments. In the Midwest, a new pipeline began moving propane from the central part of the country to new export terminals on the Gulf Coast where propane cargoes started shipping U.S. propane supplies at an accelerating pace to Europe, South America and other destinations where the market is higher.
"Missouri Governor Jay Nixon is aware of the need and has previously authorized relief under an executive emergency order," said Steve Ahrens, MPGA Executive Director.  "Today, the U.S. DOT Midwestern office has also issued a regional order which will allow transporters to move product more freely through a wider area." The regional order, unprecedented in recent Missouri experience, impacts 10 Midwest states, and a similar order is in effect for 14 Eastern states. A total of 30 states so far this winter have issued Hours of Service relief.
Fuel experts say you shouldn't wait until your tank is empty to call your fuel supplier and if you drop your thermostat by a few degrees you will help conserve the fuel you have on hand.
Posted by Kathee Baird at 11:11 PM