High Profile Springfield Attorney Charged With Kidnapping and Other Felonies: 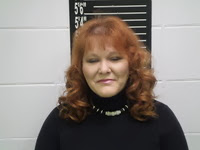 A high profile Springfield attorney has been charged with four felonies in connection to an arrest in Reeds Spring in May of 2012.

Stone County prosecutor Matt Selby recused himself and asked that a special prosecutor be appointed to the investigation into Rita Sanders because the allegations included a Stone County police chief.

Taney County prosecutor Jeff Merrell was appointed, and he filed kidnapping, armed criminal action, unlawful use of a weapon and working as a bond recovery agent without a license charges against Sanders on Monday (12-16-13.)

According to court documents, Sanders accompanied Myra Cox, who is a bondsman with Queen City Bonds, to a residence in Branson and motel in Branson West to look for a fugitive who failed to appear for court.  As they were returning to Forsyth, they got a tip that the man was at a hotel in Reeds Spring.

Cox contacted former Reeds Spring police chief Arin Hart and asked that he accompany she and Sanders to the hotel to look for the fugitive.  After receiving no response to repeated knocks on the door, the hotel manager opened the door.  Once inside, the trio found Machelle O'Camb lying underneath a sheet on the bed.  "Chief Hart quickly searched the bathroom while Ms. Sanders 'covered' M.O. with a handgun."

"Rather than leaving, Ms. Sanders looked in M.O.'s purse and located a cellular telephone, two knives, and a black pouch," court documents state.  A white powdery substance and some loose pills were found inside the pouch and "were seized as evidence" by Hart.

O'Camb told Highway Patrol Sergeant Rob Vaughn that after Hart, Cox and Sanders entered her room, Sanders and Cox started "going through her things" and held her against her will in the room.  The woman says Sanders was screaming at her to get her hands up and then "Sanders produced a little black bag and told her if she would contact the fugitive for them she could go home and this will disappear."


Hart told Vaughn that he does not remember if both Sanders and Cox identified themselves as "bonds people" but he assumed they both were based on their conversation.  Hart says that after the manager opened the door, Cox and Sanders made" O'camb get up out of the bed "to make sure she wasn't armed."  Hart stated that it took about 15 to 20 seconds "to determine that the female was the only one in the room."

Hart said it was his understanding that bond agents have the right to conduct investigations to try and determine the whereabouts of fugitives.  He said if he had known Sanders, who was allegedly carrying a concealed weapon under her shirt, was "not a bond agent, she would not have been allowed on the scene."

Then there is a whole section redacted.  Court documents go on to state that Sanders, who is a former police officer, did not have a concealed carry permit at the time of the incident.

When Sanders was interviewed by Vaughn she stated that it was her understanding that "Ms.Cox could have someone with her for protection, although she was not aware of any particular provision in the law that delegates or defines what that protective assistance could be."

Myra Cox, who is facing kidnapping and armed criminal action charges, told the Department of Insurance, which regulates bonding agencies, that she had enlisted Sanders help to drive her and that she told Hart that she was "the only one who was supposed to arrest the fugitive because she was the bondsman looking for him."   Cox allegedly told the governing department that she knew she was not supposed to have help when apprehending a fugitive and that Sanders had been armed in the past.

"It should be noted Chief Hart did not participated in the search, he was only there to assist and afford protections for Ms. Cox and myself,"  Sanders wrote in a document that is quoted in the probable cause statement.


Sanders recently secured a not guilty verdict in a 10 year-old high profile murder case.  Paula Hall was convicted of second-degree murder in 2009 for the 2003 murder of Freda Heyn.

After several years of appeals, Hall was granted a new trial and was exonerated in October.

Not understanding why she wasn't arrested along with Myra Cox and the Police Cheif with an extremely lame excuse for participating in this blatant abuse of authority when it happened May of 2012. Oh I bet it is the same reason Matt Selby recused himself because they all are corrupt!

Case Net shows that Sanders' preliminary hearing was set for November 7th but the case has not been updated by the clerk yet. Any idea if she has been bound over for trial, Kathee?