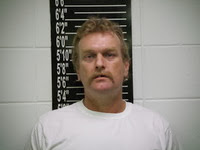 A man from Reeds Spring pleaded guilty last week to his part in a burglary ring in which several pieces of heavy equipment, tools and weapons were stolen after a jury convicted found him guilty of drug charges.

Prosecutor's amended the receiving stolen property charges to theft as part of a plea agreement after the jury verdict.

Chambers, who is a prior and persistent offender, was sentenced to 10 years in prison on the drug charges, and two seven year sentences on each of the theft charges.  Those sentences will run concurrent (at the same time) to each other.
Posted by Kathee Baird at 11:26 PM