Cost To Provide Health Care Coverage For County Workers Will Jump By $60,000: 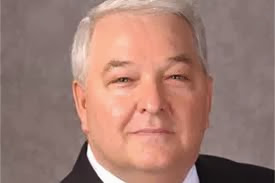 The rising cost of healthcare will make an impact on the budget of the county next year as the cost to provide health insurance for employees will rise by almost $60,000.

$25,000 of that increase is attributed to the Affordable Health Care Act, or Obamacare, according to presiding commissioner Dennis Wood.

Wood, who was elected as presiding commissioner in 2009, says there has been an increase in employee healthcare every year since he took office.  But this was not a unison vote by commissioners.  The measure passed 2-1 with affirmative votes being cast by Wood and Southern commissioner Jerry Dodd.  The dissenting vote came from Northern commissioner Mark Maples.

The county employees 155 people--and the 135 of them that use the county funded health plan will see some changes to their plans next year in the form of "gap coverage." They will also see their deductible rise from $1,000 to $2,000.

Had commissioners stuck with the current plan, the cost of insuring county employees would have cost taxpayers an additional $77,000 and there would have been no gap coverage, according to Wood.

Some employees don't meet the annual deductible, while others routinely exceed it, according to Kathy Hass, health care liason in the county clerk's office. Those employees who do not meet their deductible will receive a reimbursement in the gap coverage by a third party insurer who will provide the coverage.

Hass says commissioners are committed to providing health coverage at no cost to county workers.

County leaders are mulling the possibility of implementing a mandatory wellness program that would require employees to take part in the program or pay a penalty in the form of an increase they would have to pay out of their own pocket for their health insurance.

"If we're going to keep good employees we have to offer them good amenities," said Wood.  "At some date we may have to look at the employee making some sort of contribution toward their health care sometime down the road.  Not now, but with health care costs skyrocketing, it may be something that happens in the future."

Wood says an unexpected jump of about $250,000 in tax revenue will help pay for the increase for next years health plan.  This fiscal year the county paid $759,000 for health care coverage for employees.